Hereditary Prince Carl-Anton continues to recover from the very serious injuries he suffered earlier this year.

During a swim, the young man fractured a vertebra after hitting a rock head on on the River Main. The injuries he suffered have, for now and the time being, destined him to the permanent use of a wheelchair.

A student at the time of the accident, Carl-Anton was born in 1991. He is the firstborn of three sons of Fürst Wittekind and of his wife Cecilie (née Countess von Goeß-Saurau).

The Fürst of Waldeck-Pyrmont was born in 1936, the child of then Hereditary Prince Josias and of his wife Altburg, née Oldenburg. The princely couple had four daughters as well. Josias succeeded his father as Head of House in 1946 and served in this position until his own death in 1967.

Josias was the son of Fürst Friedrich, who married Princess Bathildis of Schaumburg-Lippe. He was the brother of many famous royal ladies, among them Queen Mother Emma of the Netherlands and the Duchess of Albany, great-grandmother of Prince Andreas of Saxe-Coburg & Gotha.

An ardent supporter of National Socialism, Josias served in the SS and was an Obregrüppenführer. It is not an exaggeration to point to the fact that he was infamous. In the Buchenwald Trials, Josias was convicted to life in prison, but he was released due to health reasons after serving three years. His victims were not shown such mercy, unfortunately.

Unlike his father, Fürst Wittekind has shied away from a political role in the post-WWII German Federal Republic. He is a kindly gentleman who is much liked by those who know him and has extended his hospitality to many of us royalty watchers who visit his fantastic residence, Schloß Arolsen.

In 1988 he married Countess Cecilie, who is twenty years his junior. Carl-Anton arrived three years later, much to the delight of his hopeful parents. A two more sons, Josias and Johannes, were born in 1993. The five Waldeck-Pyrmonts have formed a united and cohesive family known for their zest for life and a happy disposition. Surely, the challenges posed by Carl-Anton's accident have caused them much concern. The family's 2014 Christmas card shows Carl-Anton on a wheelchair surrounded by his younger brothers, all smiling toward the future. How inspirational! 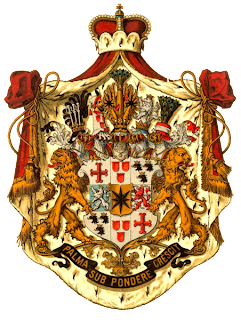 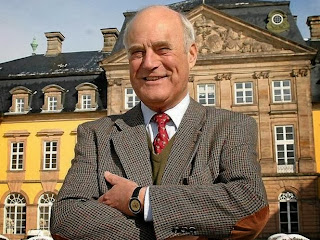 Fürst Wittekind of Waldeck-Pyrmont
(b. 1936) 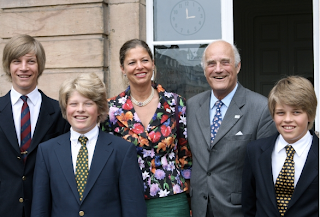 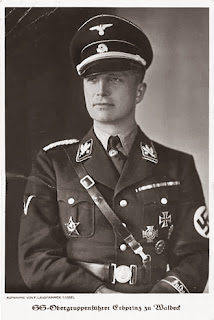 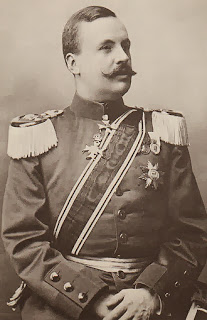