Issue XCVIII arrives here tomorrow. We have mailing envelopes ready and many of you, in the USA, will start getting the magazine Saturday. European subscribers should start receiving the magazine the following week.

In the meantime, Issue XCIX (June 2014) is now in production and we expect to mail it by our deadline in the second half of July.

In Issue XCIX, which is dedicated to the centennial of the assassination of Archduke Franz Ferdinand of Austria and the Duchess of Hohenberg, we have covered the reaction of various monarchs to news of the dastardly deed, while also paying special attention to Europe's mad dash to the abyss of the Great War.

Issue C, our centennial issue, will contain the remainder articles about the effects of the Sarajevo assassination, particularly dealing with: Italy, the Balkans, Austria, and the neutral countries. It will also include an article on the fate of the Hohenberg children, the forgotten victims of the Gavrilo Princip's cowardly act.

Five weeks separated the death of the Archduke and his wife from the start of hostilities between the Central Powers and the Allies. Five weeks during which Europe's chancelleries failed to avoid the ensuing conflict, a war that wiped out millions and brought down Tsar Nicholas II, Kaiser Wilhelm II and Emperor Karl I, as well as all the German ruling houses.

The Great War was a conflict fought "to end all wars." Military leaders mistakenly believed that the troops "would be home for Christmas." That was not the case, as we know. Instead, the shots fired in Sarajevo plunged the world into a global conflict, a veritable grinder responsible for claiming the lives of millions of people, not just during the conflict, but in the horrific aftermath that followed the end of hostilities in November 1918.

Among the contributors to this very important edition of our magazine are:


We sincerely hope you enjoy our articles on Sarajevo and its immediate aftermath.

Here is the cover for Issue XCIX! 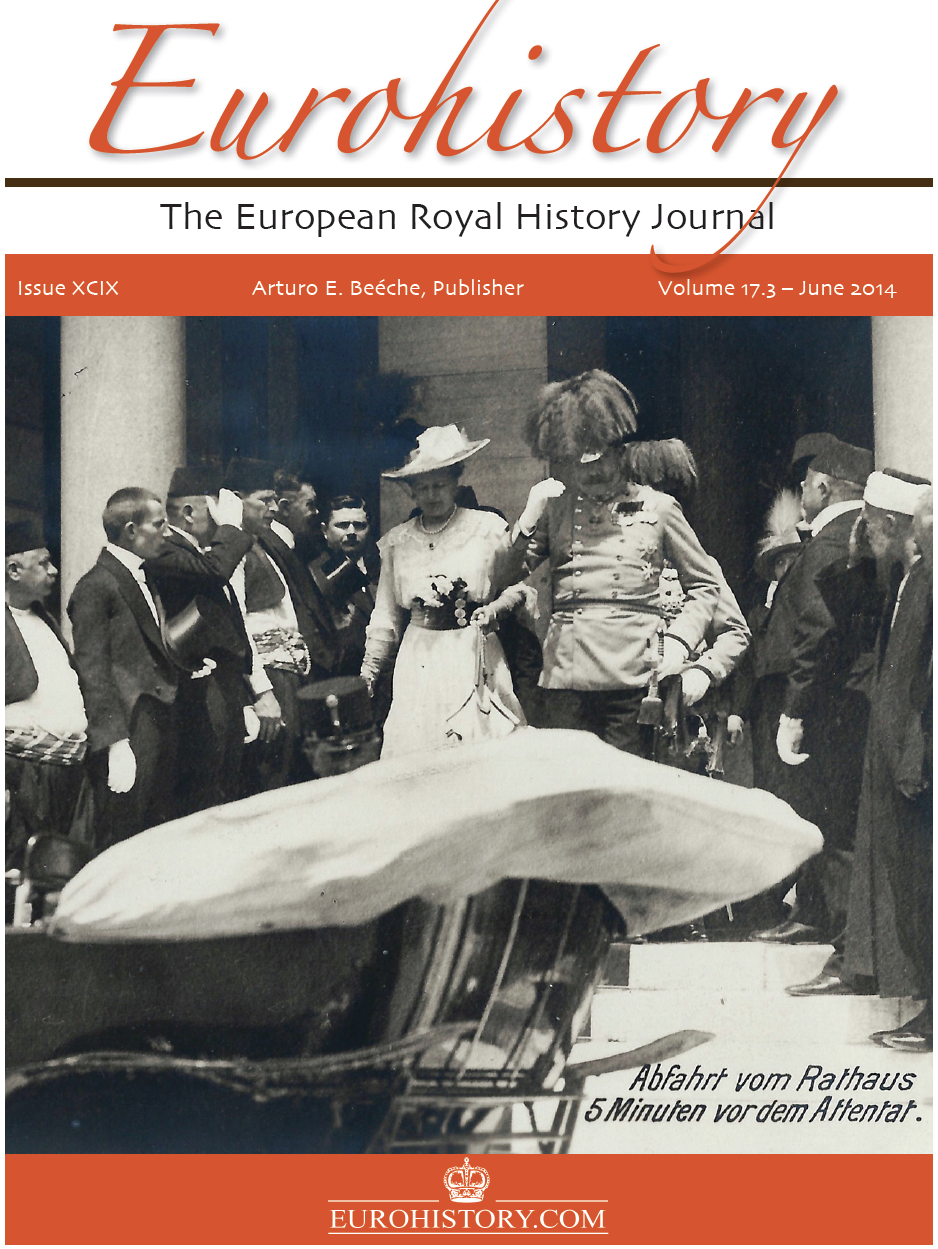