JULY 18, 2015
Your Majesties, Your Royal Highnesses, Your Serene Highnesses, Your Excellences, Your Holiness, Reverend fathers, imams and effendis, Your Lordships, Ladies and Gentlemen, thank you for coming to my birthday. I am so happy to see you all here this evening in the home of my ancestors.  In the country that was created by my ancestors and the ancestors of my compatriots. In the city that became our capital six centuries ago.
Now, that I am seventy, it is a good moment to review the past decades.
For someone who, by a twist of fate and history, was born in exile, who was declared an enemy of the state as a two-year-old. The fact that I am celebrating my seventieth birthday finally rehabilitated in my homeland, in my home, with my family, people and my friends from around the world, is an emotional moment, is something I have wished for all my life. I am grateful to God for that, but I also owe a lot to those who are here tonight to grace this celebration. To those who unfortunately are no longer with us, but whose spirit will never leave us, as well as to those who are with us in their thoughts tonight, with their many good wishes and hopes that we have a future that we are worthy of.
We have fought together for justice, democracy, human rights, freedom, respect for everyone’s religion, ethnic origin, for a country of equal citizens, which is equal to and respected by other countries, for the community of peace, harmony and progress.
Tonight, surrounded by my immediate and wider family, I thank my wife and our children for their love and support. I thank my relatives and friends from many royal families that have given me the honour of their presence and for their good wishes. I warmly thank our prime minster Mr. Aleksandar Vucic and all the top Serbian state officials, the representatives of churches and religious communities, diplomatic corps and to all of you Who are making this evening unforgettable, and – above all – to our people who make me happy to belong to them.
From Karadjordje to me there is a continuity in serving the people and the country. As long as there is the house of Karadjordje, the honour of serving the people and the country is an undeniable a duty, obligation and responsibility, because we come from the people, and that fact fatefully obliges us.
I owe so much to my wife for all her love, effort and daily commitment, and for this special birthday.
I thank my staff and all those who worked so hard to make this great gathering and every other one, possible.

Thank you, God bless you and may love unite you all. 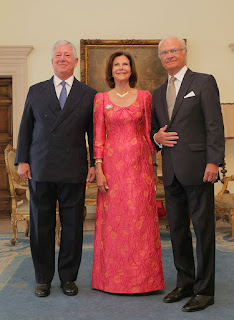 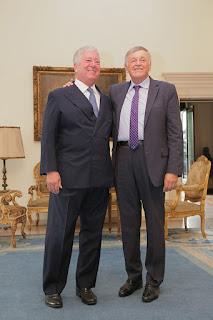 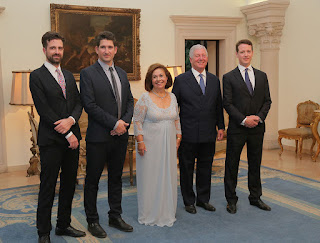 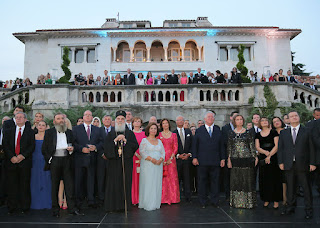 Crown Prince Alexander surrounded by royal and other guests. 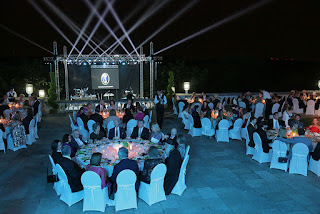 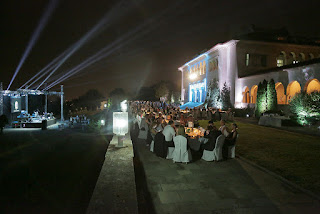 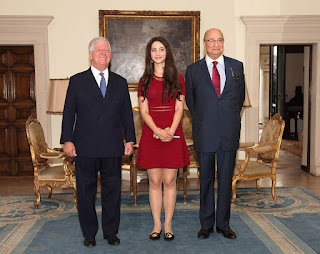 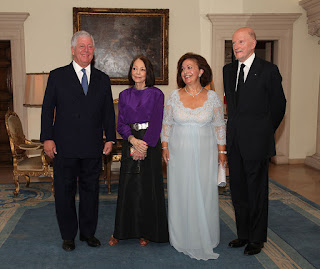 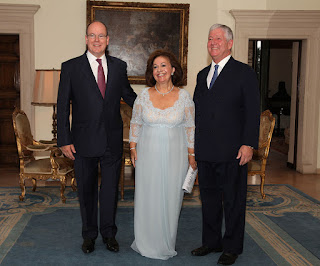