HRH Princess Margarita of Baden died in Farnham in the evening of January 15. Her death brought to an end a long illness that had seriously undermined the princess' health.

Margarita was born at Schloß Salem on July 14, 1932. She was the firstborn child of Margrave Berthold of Baden and of his wife, the former Princess Theodora of Greece and Denmark. Berthold, the well-respected Head of the Grand Ducal House of Baden, was the only son of Margrave Max of Baden (Imperial Germany's last chancellor) and of his wife Princess Marie Louise of Cumberland, eldest daughter of the Duke of Cumberland, Ernst August of Hannover, and of his Danish wife, Princess Thyra. Princess Theodora was the second daughter of Prince Andreas of Greece and Denmark and of his wife, the former Princess Alice of Battenberg, the parents of three other daughters and a son, HRH The Duke of Edinburgh. She was the eldest granddaughter of both sets of grandparents.

The princess was raised at Schloß Salem, where her family sponsored a renowned educational center built along the progressive policies proposed by Kurt Hahn, a widely respected educator of Jewish extraction. Berthold and Hahn were the heart of the Salem School, both also standing as bulwarks against the National Socialist overtake of Germany. Eventually, Hahn was forced to leave Germany and seek refuge in England, where he founded Gordonstoun, the school attended by Prince Philipp and the Prince of Wales.

After their daughter Margarita's birth, Berthold and Theodora had two more children: Maximilian (Max), born in 1933, and Ludwig, born in 1937.

The Badens experienced increasing pressure to join the nascent Nazi Party, as some of their other cousins and friends had. Berthold, however, stood steadfast and declined all pressure to betray his conscience.

After the end of the war, the Badens reestablished contacts with their English family. Although they were not invited to the wedding of Prince Philip and Princess Elizabeth in 1947, they were part of the official coronation celebration for Queen Elizabeth in 1953.

Wanting to study nursing, Princess Margarita relocated to London in the 1950s. It was while there that she met Prince Tomislav of Yugoslavia (1928-2000), the second son of the late King Alexander I of Yugoslavia and of his wife, the former Princess Marie of Romania.  Both Tomislav and Margarita were descendants of Queen Victoria. The wedding date was announced from Salem on April 8, 1957, and the wedding date set for June 6.

The wedding festivities provided the extended Gotha with another opportunity to gather and repair links damaged by the debacle of the Second World War. Present at Schloß Baden to witness the ceremony were, among many others: the Duke of Edinburgh, Queen Marie of Yugoslavia, Queen Frederica of Greece, King Umberto II of Italy, King Simeon of Bulgaria, King Peter II of Yugoslavia, The Earl and countess Mountbatten of Burma, and even the elderly Grand Duchess Maria Pavlovna Jr., who by then lived at Schloß Mainau, her son Lennart's island paradise on Lake Konstanz.

Tomislav and Margarita settled in the UK, where he owned a fruit farm. It was there that their two children were born: Nicholas in 1958, and Katerina the following year. Margarita remained close to her English family and she was frequently a guest of The Queen and Prince Philip.

Unfortunately, the marriage that had began with such promise of mutual happiness experienced much turmoil. Tomislav's financial situation was terribly unstable and the fruit farm a source of much worry and concern. In the end the enterprise was closed. Margarita tried as much as she could to lend a hand, but eventually the writing was on the wall. In 1982 their marriage ended in divorce and most ungraciously, Tomislav remarried his lady friend later that same year. He went on to have two sons with Ms Linda Bonney, his second wife.

Princess Margarita remained living in London, where her two children were raised under the kind support of their royal cousins. She never remarried. Margarita's links to the English royal family were not affected by her divorce, which had not been the case with many others who had incurred in such course of action.

In 1987 Princess Katerina married a prominent lawyer of Sri Lanka extraction, Desmond de Silva, with whom he had one daughter. Five years later Prince Nicholas married a Yugoslav-born lady by the name of Ljiljana Licánin, by whom he had a daughter, Marija, in 1993. Nicholoas is estranged from his wife. Victoria de Silva and Marija of Yugoslavia are Princess Margarita's only grandchildren. She also has a great-grandson from her granddaughter Marija.

It was common to see Margarita attend various family gatherings in Germany, from weddings, to baptisms and even some funerals. She traveled frequently from her London residence and she was always seen sporting a nice smile and a twinkle in her eye. I met Princess margarita a few times and she always seemed to have a good time, even when condemned to a wheelchair. In fact, once at Schoß Langenburg I helped carry the princess, who was seated in her wheelchair. "Your poor man, to come from so far to help carry me," she said. "Madame," I replied, "to me, it is a pleasure to be able to help you and not a bother whatsoever."

I last saw Princess Margarita at Schloß Salem in 2007. It was far too busy for us to sit and chat. But she nodded and smiled when I asked if I could take some pictures. Her smile, I will never forget. It beamed and made any room shine with light. that twinkle, she never lost.

My condolences to her brothers and the entire family...May She Rest in Peace... 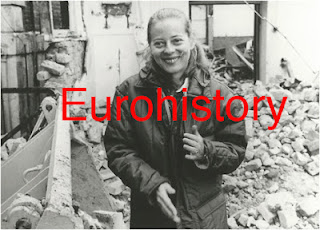 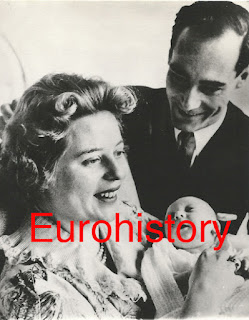 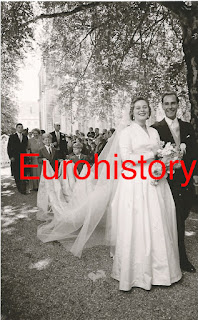 Wedding of Prince Tomislav of Yugoslavia and
Princess Margarita of Baden 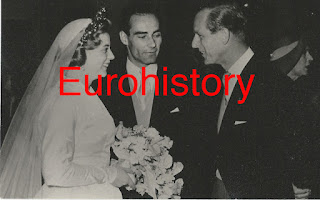 The Duke of Edinburgh with Prince Tomislav and Princess Margarita
of Yugoslavia. Behind Prince Philip is Margravine Theodora of Baden. 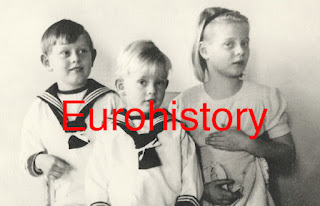 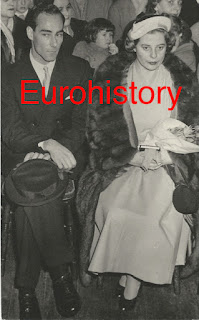 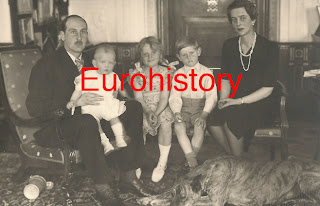 Margrave Berthold and Margravine Theodora of Baden with their
children: Margarita, Max and Ludwig. 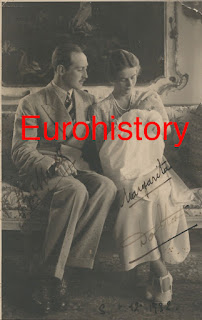 The baptism of Princess Margarita of Baden, September 1932. 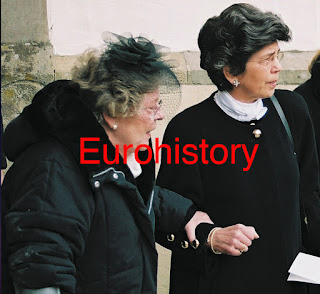 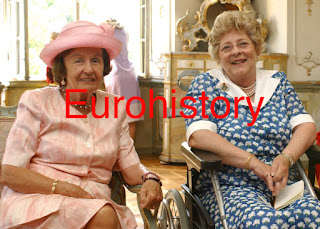 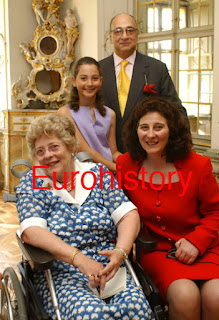 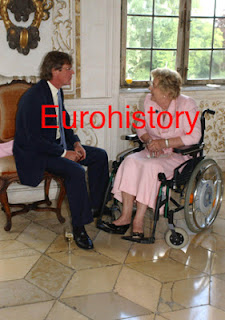