Prince Nicholas Romanovich Romanov, President of the non-dynastic Romanov Family Association, has died. The prince had celebrated his ninety-second birthday the day before his death.

News of his passing came from his brother Prince Dmitri Romanovich, who resides in Denmark.

Nicholas was the eldest of two sons of Prince Roman Petrovich of Russia (1896-1978) and his wife, the former Prascovia Cheremetev, member of a leading Russian aristocratic family. Prince Roman was the only son among four children of Grand Duke Peter Nikolaevich of Russia (1864-1931) and of his wife Grand Duchess Militza, née Princess of Montenegro.

Roman Petrovich and his parents, as well as his Uncle Grand Duke Nicholas Nikolaevich, among others, was onboard the HMS Marlborough, the vessel tasked with transporting the Dowager Empress and several of her family members and retinue out of Russia.

Once in exile, the family settled in Cap d'Antibes, France, while frequently visiting Italy, where Militza's sister Elena, was the consort of King Vittorio Emanuele III. It was at Cap d'Antibes in fact, that Roman Petrovich married his wife Prascovia on 16 November 1921. Grand Duke Kirill Vladimirovich, by then Head of the Imperial House did not extend recognition to the alliance and thus any children born to the couple lacked succession rights to the Imperial throne.

Nicholas Romanovich was born at Cap d'Antibes on September 13, 1922.

The family eventually moved to Italy, where Nicholas Romanovich attended school. It is said that in 1942, Fascists asked Nicholas Romanovich to accept the crown of occupied Montenegro, the kingdom once ruled by his great-grandfather, and namesake, Nicholas Petrovich. The young man rejected the invitation and instead in 1944 actively participated in actions against Italy's Nazi occupation forces.

When the Italian monarchy fell in 1946, the family of Prince Roman Petrovich followed their Italian royal cousins into exile, landing in Egypt, where they resided for some time. It was while there that Grand Duchess Militza died in 1951. Later that year, Nicholas Romanovich married Countess Sveva della Gherardesca, a member of an old Italian aristocratic family.

Nicholas Romanovich and Sveva were to become the parents of three daughters: Natalia, Elisabeth and Tatiana. They spent the year between homes in Switzerland and Tuscany.

In 1979, Nicholas Romanovich, who did not get on with Grand Duke Wladimir Kirillovich, was among the morganatic Romanov signatories at the creation of the Romanov Family Association (RAF). Ten years later, after the death of Prince Vassili Alexandrovich of Russia, he became the President of the Association, a role he served until his death. The RFA plays a role in charitable endeavors and projects in Russia.

In 1998, at the reburial of Tsar Nicholas II and some of his family members, Nicholas Romanovich played the leading role.

I interviewed Nicholas Romanovich several times. He was among the early supporters of my own endeavors to publish the European Royal History Journal (EUROHISTORY). He was always extremely kind and quite approachable, as has been his brother Dmitri Romanovich. Prince Nicholas knew that I was a fervent supporter of Wladimir Kirillovich and of his daughter, and heir, Grand Duke Maria Wladimirovna. We had many a spirited telephone conversation about the topic, but always remained cordial to the other and respectful of one's position on this cantankerous issue.

Nicholas Romanovich rests in peace now...he had a productive life! 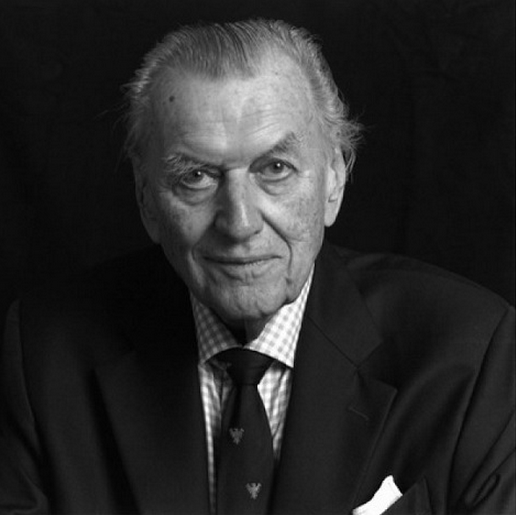