Carl, the Head of the mediatized dynasty of Wied, passed away at Neuwied on 12 March 2015.

Born at Neuwied, the family seat, in 1961, Carl was the second son of the Fürst of Wied, Friedrich Wilhelm (1931-2000), and of his first wife, the former Princess Guda of Waldeck und Pyrmont. (b. 1932). After his birth, there were no more children born to the princely couple. Carl's parents divorced in 1962. Fürst Friedrich Wilhelm remarried in 1967, his second wife being the former Countess Sophie Charlotte of Stolberg-Wernigerode (b. 1943), who survives him. With his second wife, Friedrich Wilhelm had two more children: Christina (b. 1970) and Wolff-Heinrich (b. 1979). Princess Guda married secondly to Dr. Horst Dierkes, by whom she had two further children: Vicco and Christian.

Fürst Friedrich Wilhelm passed away in 2000. Six weeks after his death, his eldest son, Alexander, who remains unmarried, renounced his rights of succession as Fürst zu Wied. Friedrich Wilhelm was then succeeded by his son Prince Carl, who two years earlier had married Princess Isabelle of Isenburg. The wedding took place at Birstein, the Isenburg family seat. In due time, Carl and Isabelle became the parents of four children: Maximilian (b. 1999), who succeeds his father, Friedrich (b. 2001), Marie Elisabeth (b./d. 2003) and Anastasia (b. 2004). All children were born at Neuwied. Fürstin Isabelle is the eldest sister of Archduchess Katharina of Austria and of Princess Sophie of Prussia. Their two brothers married commoners.

Neuwied is a vibrant small city on the Rhine. Fürst Carl played an important role in the area's economic and cultural life. From political figures to regular folk, all have expressed their sadness at his untimely passing.

His funeral, held at Neuwied's Marktkirche on 20 March 2015, was attended by a bevy of German royalty and aristocracy, many of them with long-standing links to the princely family of Wied. 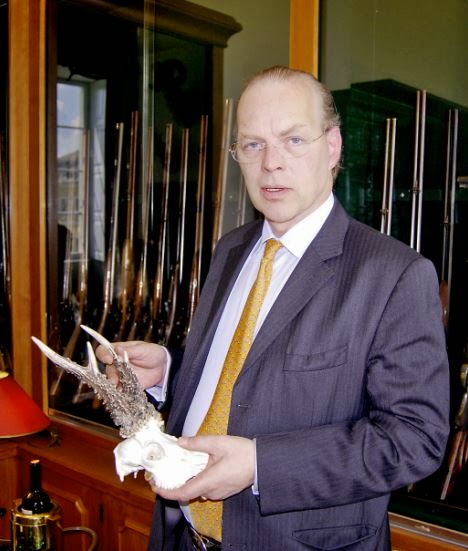 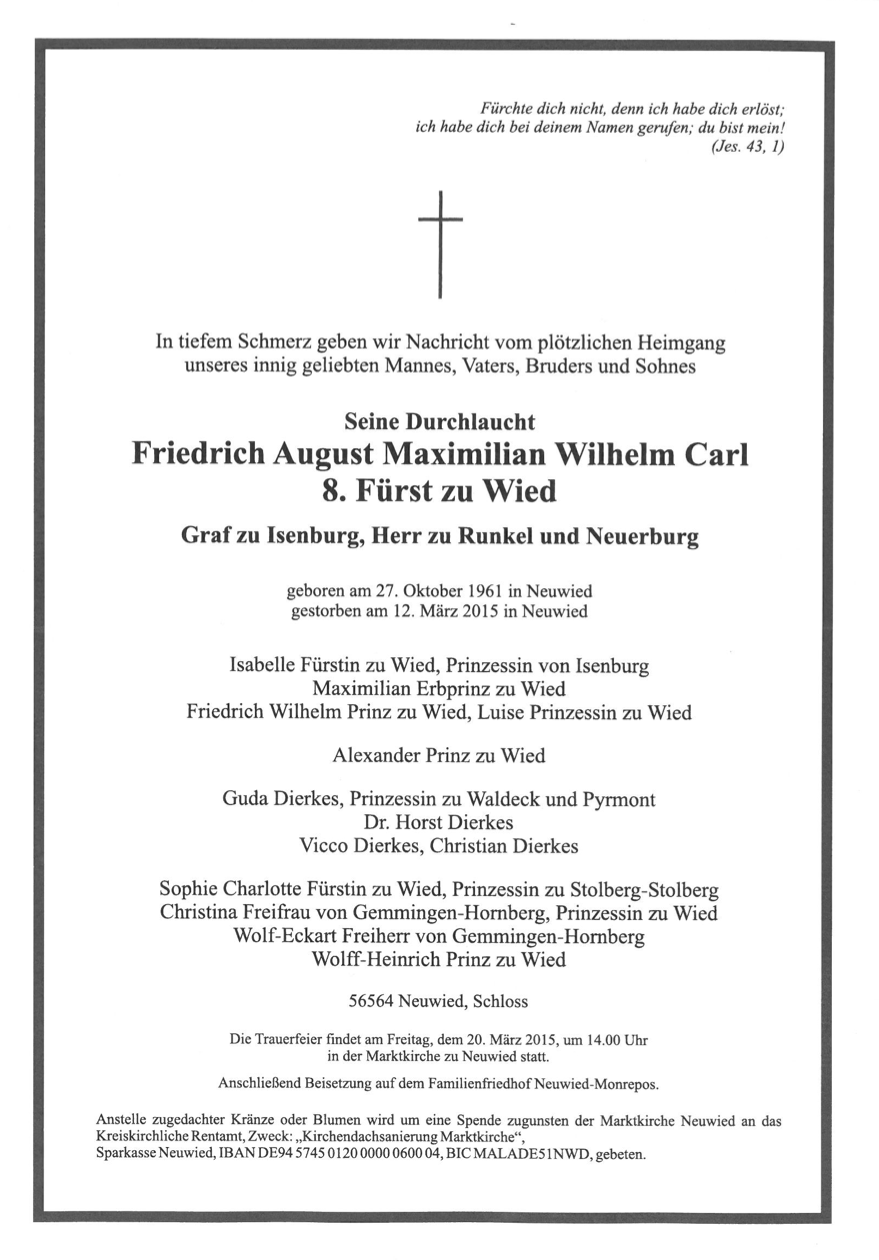