The royal photographic collection painstakingly put together by the late William Mead Lalor, author of three excellent books on European Royalty (Royalty Before the Wars, Royalty Between the Wars and Royalty After the Wars), was recently acquired by the EUROHISTORY Royal Photography Archive. All Mr. Lalor's books were published by Rosvall Royal Books in Sweden.

Bill, as we all called Mr. Lalor, was a royalty enthusiast, perhaps among the most devoted of us. He spent decades putting together this collection and saving for posterity rare images of European royalty between 1860-2010. Added to the already massive archive built by Mr. Beeche at EUROHISTORY, this acquisition easily makes the archive one of the largest royal photo archives in existence.

In an effort to pay tribute to Bill, every time we use an image from his collection, we will source its provenance. We hope that from wherever dear Bill is today, he will be satisfied that his legacy will remain intact!

This acquisition would have been impossible to achieve without the support and financing provided by Mr. Beéche and a selfless donor who believes in "the cause," just as much as our founder!

"Our friend, who has helped keep the flame alive, is owed a great debt of gratitude, but in keeping with his selflessness and low-key approach to the good he does, he wants to remain anonymous," Mr. Beéche, EUROHISTORY's founder, said when asked about the co-donor's identity.

Appreciation is also expressed to Mr. Lalor's children and his estate, for a successful negotiation that was amenable to all parties involved! 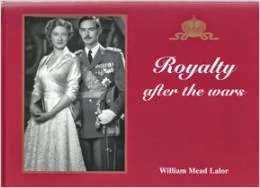 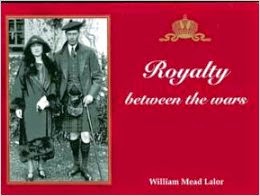