Today, fifty years ago, King Paul I of the Hellenes passed away after a short but deadly illness. His death stunned the kingdom and the royal family alike.

Paul was much-loved and respected. Had he had a longer life, it is quite possible that Greece would still be a monarchy, not the mess that it has turned into.

To commemorate the somber anniversary, the King's children gathered at Tatoi. Along with Queen Sofía of Spain, King Constantine and Queen Anne-Marie and Princess Irene, were some of the late King Paul's grandchildren, among them the Prince of Asturias and his wife, the Duchess of Lugo and the Duchess of Palma de Mallorca, Crown Prince Pavlos and Crown Princess Marie-Chantal with their children. The office of HRH Crown Prince Alexander also announced his attendance, along with his wife Katherine and King Simeon of Bulgaria.

, 6 March 2014 - Their Royal Highnesses Crown Prince Alexander and Crown Princess Katherine attended the two day commemoration for the 50 years of the passing of His Majesty King Paul of the Hellenes.

A documentary “Pavlos No Ordinary King” about the life of His Majesty King Paul of the Hellenes was shown last night at the Gennadius Library, Kolonaki in . HM Queen Sophia of  hosted a dinner for relatives after the documentary.

This morning a memorial service took place at the graveside located at Tatoi for His Majesty King Paul.

His Majesty King Alexander of the Hellenes and Her Royal Highness Princess Aspasia (grandparents of Crown Prince Alexander) are buried in the  at Tatoi. Her Majesty Queen Alexandra of  was buried in the cemetery and was transferred last year to the Royal Family Crypt in the Mausoleum at . 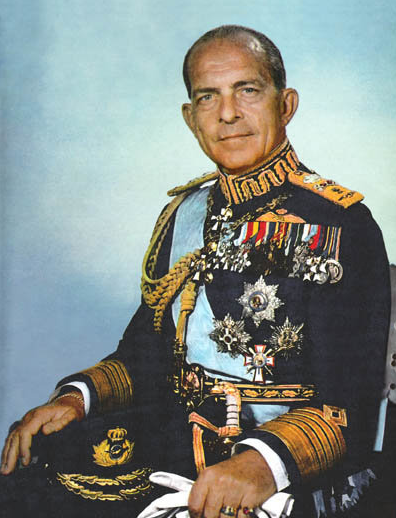