An article from the EXPRESS written by Matthew Dennison regarding his latest book!

She applied rules to other people, her own family included, which she cheerfully broke herself.
And if this behaviour frequently made her infuriating to her loved ones, her ministers and her servants she herself never understood the cause of their irritation.

She was consistently inconsistent.

Early in her marriage she complained to her favourite uncle Leopold I of Belgium that she had no desire to have a big family. She went on to have nine children.

She deplored the immorality of the aristocracy but turned a blind eye to her own cousin marrying his mistress despite the mistress being an actress who had already given birth to four illegitimate children by three fathers.

When her eldest son, the funloving Bertie, Prince of Wales (who later became Edward VII), embarked on a series of affairs, she criticised him roundly for his bad behaviour which she blamed on his laziness. Yet she was determined to exclude him from royal work: she refused to allow him to see state papers and denied him a key to the red boxes. It was Victoria, therefore, who forced upon him a life of aimlessness.
Continue reading...
http://www.express.co.uk/news/royal/424881/Victoria-A-very-Contrary-Queen?utm_source=feedburner&utm_medium=feed&utm_campaign=Feed%3A+daily-express-royal-news+%28Daily+Express+%3A%3A+Royal+Feed%29 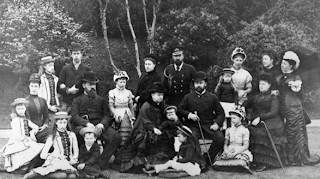