UK: The Queen and WW2

PARIS (AP) — Though Queen Elizabeth II has cut back on making foreign trips, the 88-year-old British monarch traveled to France for the 70th anniversary of the D-Day landings in Normandy. And it's little wonder: she lived and lost through World War II and it marked her life more than many.

Here are some reasons why World War II marked Queen Elizabeth so much:On a three-day state visit to France, she and her husband Prince Philip on Friday commemorated the landings at Sword Beach in Normandy, after having spent Thursday in Paris attending a British Embassy garden party, and laying a wreath on the Tomb of the Unknown Soldier at the Arc de Triomphe.
___
HER PARENTS WERE NEARLY KILLED
Her father, King George VI and the Queen Mother, narrowly escaped being killed by a German air raid when Elizabeth was a teenager. 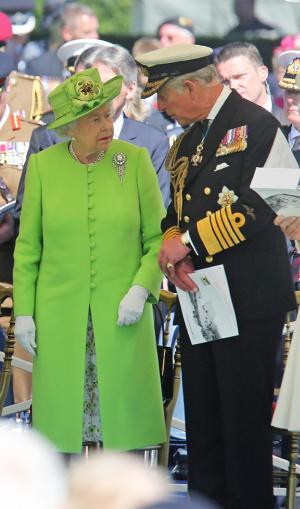 Britain's Queen Elizabeth II, left speaks with Prince Charles as they attend the Service of Reme …
A Luftwaffe plane flew straight down the Mall in September 1940 and dropped bombs on the Buckingham Palace grounds that exploded in great columns of smoke and caused the queen's parents to leap for their lives.
The Queen Mother, whose knees knocked for two minutes, wrote to her mother-in-law the same day evoking the "unmistakable whirr-whirr of a German plane" and then the "scream of a bomb," according to official biographer William Shawcross, who published the letter.
Several servants were injured and the palace chapel was hit.
___
HER UNCLE WAS KILLED 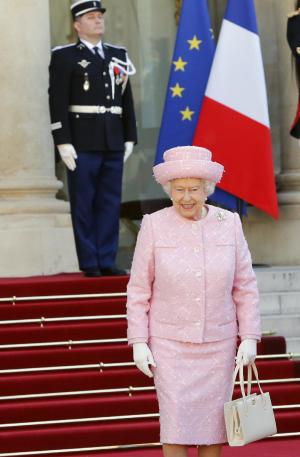 Britain's Queen Elizabeth II smiles as she leaves French President Francois Hollande after their …
Prince George, Duke of Kent — King George VI's younger brother — died in a military plane crash on a mission to Iceland in 1942.
The death of Elizabeth's 39-year-old uncle shook the royal family, its only casualty during World War II. It also marked the first death in active service of a British royal in about 500 years. The Duchess of Kent had just given birth to their third child only six weeks earlier.