Issue XCVII of Eurohistory will begin mailing on Wednesday, July 2.

Inside, readers will find the following articles:

1. The Abdication of King Juan Carlos of Spain, by Arturo E. Beéche

5. Who's In the Photograph: The Wedding of Archduke Karl of Austria and Princess Zita of Bourbon-Parma, by Ilana D. Miller

6. The Woman Behind the Kaiser: Augusta Viktoria, The Last German Empress, by Justin Vovk

Issue XCIX, Volume 17.3 is already in production and we expect to being mailing it before the end of July, putting us back on track.

Both Issue XCIX and Issue C will be dedicated exclusively to the centenary of the the start of World War I. They will deal with the effects of the Sarajevo assassination (XCIX) and the start of the Great War (Issue C).

Issue C, Volume 17.4 is obviously our 100th issue ... an amazing feat given the challenges magazines have these days!

Thanks in advance to all of you who allow our dreams to continue becoming reality! 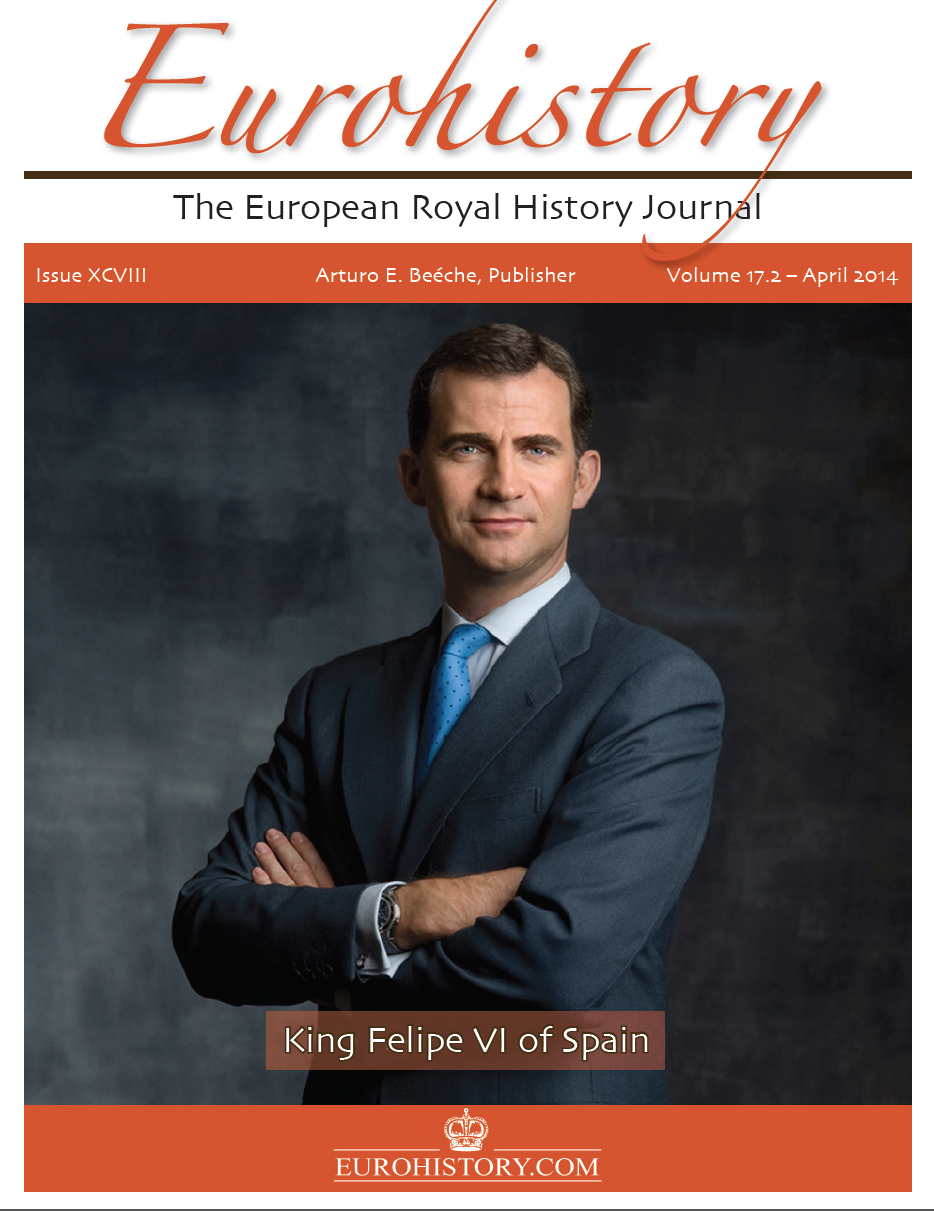