How Civil List reform will affect the Royal family


The Civil List system of funding the Queen and her family is to be swept away, in a reform which will require belt-tightening by the Royal Family.

Instead, they will receive a share of the income from the 900-year-old Crown Estate. Here, we examine what the change involves.

How is the Royal Family currently funded?

The Queen and the Duke of Edinburgh receive an annual Civil List grant from the government to the monarch to meet the expenses of acting as Head of State. This was fixed by the Chancellor at £7.9 million for 2011, a figure unchanged for more than a decade. Separate grants are paid to cover the cost of running the Royal household, set for 2011 at £22 million. The Queen will receive a one-off £1 million supplement in 2012 to help pay for diamond jubilee celebrations.
How will it change?

From 2013, the Civil List and the household grant will be scrapped in favour of a Sovereign Support Grant based on a share of profits from the Crown Estate.

What is the Crown Estate?

The Crown Estate manages the assets of Britain's reigning monarch. It is not the private property of the monarch, and cannot be sold. Instead, it is run as if it were a business and pays all profit back into the public purse. In 2009/10 it handed £211 million to the Treasury.

What does the Crown Estate own?

It manages a vast property empire dating back to the records of William the Conqueror in the Domesday Book of 1086. The holdings were worth £7.3 billion in 2008, although they lost value during the credit crunch and the most recent estimate of their worth was £6.6 billion. The portfolio ranges from sought-after assets such as London's Regent Street and Ascot racecourse to more pedestrian investments such as industrial estates, retail parks and a stake in the Bluewater shopping centre in Kent. It also owns 146,000 hectares of farmland, dozens of forests and estates and the majority of Britain's coastline, as well as the rights to all naturally-occurring gold and silver. It has more than 12,000 tenants paying full market rents, including many farmers, and owns the freehold to many London properties such as Millbank Tower. 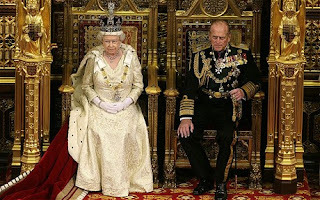