Government proposals to include a Royal palace on Corfu where Prince Philip was born has sparked off a stream of protests from around the country, mostly from residents on Greek islands who object to the sale of national heritage to pay off the country’s debts.


Prince Philip, the Duke of Edinburgh, was born at the residence 90 years ago, according to museum records and residents of Corfu, one of Greece’s most popular Greek islands are up in arms over plans to include the palace in sales from state assets. 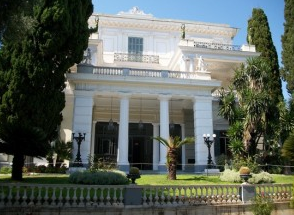 http://greece.greekreporter.com/2011/06/27/sale-of-prince-philips-birthplace-causes-uproar-on-greek-islands/
Posted by Unknown at 6:37 AM