A First Baby for the Duke and Duchess d'Anjou

Their Royal Highnesses the Duke and Duchess d'Anjou announced on his website that they are expecting their first child. The birth is anticipated for February 2012.

Prince Charles Philippe d'Orléans is the eldest son of Prince Michel of France, Count d'Evreux, and of the former Beatrice Pasquier de Franclieu. Prince Michel is one of the eleven children of the late Count and Countess of Paris. He has a twin brother, Prince Jacques, Duke d'Orléans. 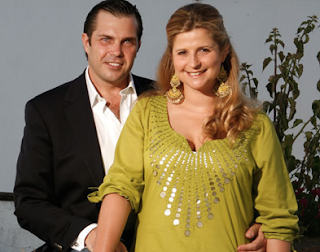