To ALL our Friends, Subscribers, Clients, Readers and Family...May the New Year bring us all  joy, peace and myriad blessings!
Posted by Unknown at 5:19 PM 1 comment:

The Duke of Edinburgh Back at Home

After a nasty scare, The Queen's husband is back at home!

http://www.telegraph.co.uk/news/uknews/theroyalfamily/8978739/The-Duke-of-Edinburgh-leaves-hospital.html
Posted by Unknown at 10:07 AM No comments:

The Duke of Edinburgh has Emergency Heart Surgery

A scary moment for House Windsor... 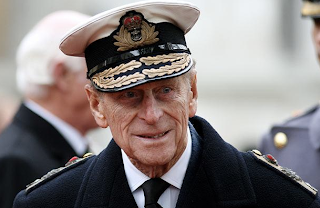 Prince Leopold of Bavaria and his role with BMW

Enjoy the article...describing an art piece, because that's what BMWs are, with a royal connection!

The Duke of Palma de Mallorca Finds Himself in a Mess

MADRID — King Juan Carlos’s son-in-law will stop taking part in official ceremonies because of business dealings that are under investigation, Spain’s Royal Palace said Monday as it sought to dissipate a whiff of scandal.
The decision regarding Inaki Urdangarin, husband of the monarch’s daughter Princess Cristina, was a mutual one made by Urdangarin and the Royal Palace, its chief of staff Rafael Spottorno said in a rare meeting with Spanish media.
Urdangarin, 43, is reportedly suspected of siphoning away funds from public contracts awarded from 2004 to 2006 to a non-profit foundation he then headed.
The allegation looks terrible for the royal family at a time of acute hardship and economic crisis in Spain, where unemployment stands at 21.5 percent.
Urdangarin has not been charged with a crime. He issued a statement Saturday saying he regrets the “damage” the case is doing to the royal family but admitted no wrongdoing.
More reading:
http://www.washingtonpost.com/world/europe/spains-royal-palace-distances-itself-from-kings-son-in-law-over-questioned-business-dealings/2011/12/12/gIQAxAoIpO_story.html#weighIn 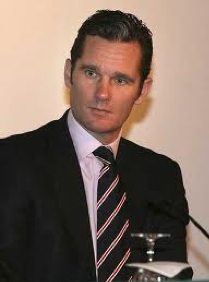 The Spanish media are all over this news and the damage to the image of the monarchy!
Posted by Unknown at 7:35 AM 1 comment: