Archduke Philipp of Austria (b. 1962) and his wife Archduchess Mayasuni, née Heath, who married at Maria Plain in 2006, are expecting their first child.

Philipp, who survived a horrific fire, is a prosperous executive, along with his wife. The couple resides in London.

The happy future father is the eldest son of Archduke Heinrich of Austria (b. 1925) and of his wife Archduchess Ludmilla (b. 1939), née Countess von Galen. Heinrich is the second son of the late Archduke Maximilian and his wife, the former Princess Franziska of Hohenlohe-Schillingsfürst.

Congratulations to our dear friends! 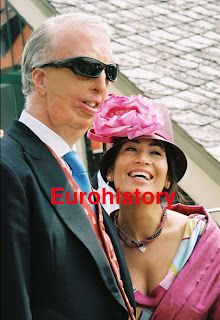