Who would have thought that all these royal births would happen so close to one another. Now we have a report of the impending birth of Queen Margrethe II's twin grandchildren.

"PRINCESS Mary is preparing for the early arrival of her twins, cancelling all royal engagements as her father jetted into Copenhagen.

The Tasmanian-born Crown Princess of Denmark is due to give birth next month but preparations are being made for imminent delivery.

The Danish royal family has already confirmed she will not participate in the traditional New Year's reception held at Christiansborg Palace.

Princess Mary and husband Crown Prince Frederik also broke with royal tradition by staying at home in their newly renovated Amalienborg Palace over Christmas so they could be close to the University Hospital, where Princess Mary has been booked in.

Princess Mary's father John Donaldson flew into Copenhagen to be close to his daughter and on hand for the twins' arrival." 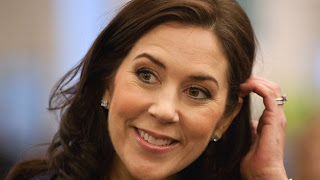