The Archduke was born in 1927 at Schloß Wallsee, the family home his father inherited from his own mother, Archduchess Marie Valerie, herself the youngest daughter of Emperor Franz Joseph of Austria (1830-1916). His death was reported by the eminent Paul Theroff. Archduke Franz Salvator died on 13 February 2012.

In 1962 Archduke Franz Salvator married Princess Anne Amelie of Schönburg-Waldenburg (1936-1966). Her sisters include: Princess Stephanie, wife of Count Ludwig von Waldburg zu Wolfegg u. Waldsee, and Princess Luise, wife of Prince Andreas of Hohenlohe-Langenburg, himself the last surviving son of the late Princess Margarita of Greece, eldest sister of the Duke of Edinburgh.

Archduchess Anne Amelie died early, before her thirty-first year. Her husband remained a widower for the next fourteen years, marrying secondly in 1980 Hedwig von Lichem-Löwenburg (1938-2000).

Archduke Franz Salvator and his second wife had two daughters: Margaretha (b. 1981), married since 2001 to Andreas Baumgartner (b. 1977); and Marie-Valerie (b. 1982), who in 2005 married Martin Josef Wagner (b. 1982). His daughters gave the Archduke four grandchildren, all with the last name Habsburg-Lothringen.

The parents of Archduke Franz Salvator, who for many years managed the estate at Schloß Wallsee, also had three other children: Archduchess Theresa (b. 1931), widow of Prince Rasso of Bavaria; Archduchess Maria Immakulata (b. 1933), widow of Count Reinhart von un su Hoensbroech; and Archduke Carl Salvator (b. 1936), married since 1970 to Baroness Wedith Wenzl von Sternbach (b. 1943).

Princess Gisela of Saxony (née Bavaria) is a niece of the late Archduke Franz Salvator, while Margravine Valerie of Baden is his first cousin. 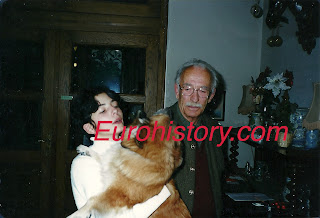 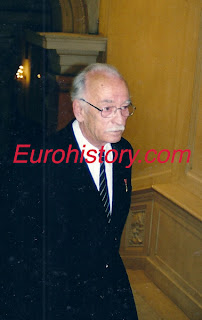