Russia: Could the Romanovs Return?

Grand Duchess Maria Romanova the head of the House of Romanov, talks to Elena Novikova of Russia Beyond the Headlines about her position and what role her family could play in modern Russia.
Russia Beyond the Headlines: The House of Romanov is celebrating its 400th anniversary in 2013. What is the meaning of this date?
Maria Romanova: For me, the 400th anniversary of the House of Romanovs is only a part of a great national celebration of the 400 years that have passed since the end of the Time of Troubles and the restoration of the Russian sovereignty.

How did the Romanovs come to power?

In 1598, Fyodor, the last tsar of Russia’s founding Rurik Dynasty died without leaving an heir. The next 15 years, known as the Time of Troubles, were ones of turmoil, during which Russia was invaded by the Commonwealth of Poland-Lithuania. A coalition of Russian nobles and peasants defeated the invaders in late 1612. On Feb. 21, 1613, a gathering of Russia’s landed nobles and a few peasants elected Mikhail Romanov tsar, establishing the Romanov Dynasty, which lasted until the murder of Emperor Nicholas II and his family by the Bolsheviks on July 17, 1918.
Our dynasty was offered the crown by the Great Local Church Council and Zemsky Sobor (“assembly of the land”) in 1613. This was a decision that set the outcome of the fight for liberation in stone, a historical fact that cannot be undone. This victory was won thanks to the sacrifice and valiant efforts of the representatives of all Russian social classes.
I am convinced that the 400th anniversary of the end of the Times of Troubles will be celebrated with due splendor. However, I believe that this date we needs to be commemorated first and foremost with prayer, charity and educational campaigns.
RBTH: You were born in Madrid, went to school in Oxford and have lived most of your life in Spain. That notwithstanding, in your interviews you have frequently called Russia your true home. What is stopping you from going home?
M.R.: If I were a private person I could return to Russia at any moment. However, as head of the Russian Imperial House I am entrusted with the task of its preservation as a historical institution. In civilized countries, dynasty heads were only able to return to their homelands after the states had clearly defined their legal status.
As proven by France, Italy, Portugal, Bulgaria, Romania, Hungary, Serbia, Montenegro, Albania, Afghanistan and many other countries whose royal houses had been banished and later returned, a legal status of a non-ruling dynasty is absolutely compatible with a republican political system and does not go against the local constitutions and laws.
I am not putting forward any political claims at all, nor am I trying to reclaim any of my ancestral property. I do not expect any preferential treatment either. However, I am justified in my hopes that the reintegration of the imperial dynasty in modern Russia’s contemporary life will be as successful as in other European countries. 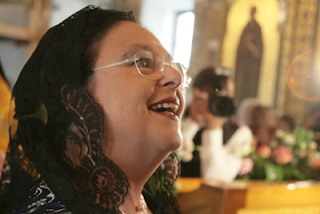 Our printer, who also manages many accounts at UC Berkeley, just let us know that we will get the magazine on Wednesday, 27 February 2013!

All envelopes are ready to mail – labeled and with inserts about 2013 Renewals and an order form for The Other Grand Dukes.

Inside Issue XC are the following articles:


1. The Romanov Connection – A Gathering of Cousins from Russia, greece and Baden.

4. A Royal Wedding in Sunny Luxembourg.


Enjoy the reading...and we hope you will remain with us for yet another year, our 16th year in publication! 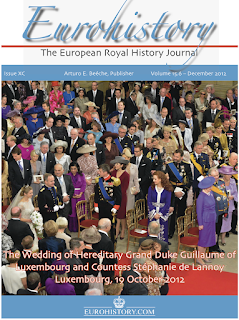 Posted by Unknown at 2:16 PM No comments:

Although the documentary is in Romanian,. it is quite lovely to see. Nice pictures and nice to see Margarita looking so splendidly 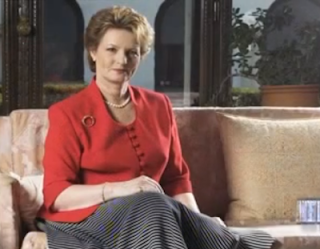 Posted by Unknown at 9:03 AM No comments:

New Book: The Other Grand Dukes

Included in this unique work, the Second Volume in a two-volume series, are 18 biographies of Russian grand dukes. These grand dukes came from the junior lines of the Russian Imperial Family at the time of the Revolution in 1917: Vladimirovichi (Kirill, Vladimir, George, Boris, Andrei), Pavlovichi (Dimitri), Konstantinovichi (Nicholas, Konstantin, Dimitri, Vyacheslav) Nikolaevichi (Nicholas and Peter) and Mikhailovichi (Nicholas, Michael, George, Alexander, Serge and Alexis). The book is illustrated with exquisite and rare photographs of these intriguing men, their families and descendants. It also includes several family trees. The chapters were authored by some of today's most recognized authors and scholars on the Romanov Dynasty. With a foreword by HRH Prince Michael of Kent. 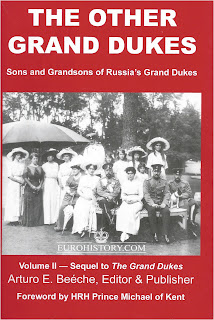 Posted by Unknown at 4:02 PM No comments:

http://royalbooknews.blogspot.com/2013/01/royal-gatherings-by-ilana-miller-and.html
Posted by Unknown at 9:04 PM No comments:

Royal Discovery: Could it be that Richard III has been found?

LONDON — Has Britain's lost king been found?
On Monday, scientists will announce the results of tests conducted to determine whether a battle-scarred skeleton found under a municipal parking lot in central England belongs to 15th-century King Richard III, the last English monarch to die in combat.
The University of Leicester, which is leading the search, refuses to speculate on what the announcement will say. But archaeologists, historians and local tourism officials are all hoping for confirmation that the monarch's long-lost remains have been located.
So are the king's fans in the Richard III Society, set up to re-evaluate the reputation of a reviled monarch. Richard was immortalized in a play by William Shakespeare as a hunchbacked usurper who left a trail of bodies – including those of his two young nephews, murdered in the Tower of London – on his way to the throne.
"It will be a whole new era for Richard III," the society's Lynda Pidgeon said. "It's certainly going to spark a lot more interest. Hopefully people will have a more open mind toward Richard."
Richard III remains an enigma – villain to many, hero to some. He ruled England between 1483 and 1485, during the decades-long tussle over the throne known as the Wars of the Roses. His brief reign saw liberal reforms, including introduction of the right to bail and the lifting of restrictions on books and printing presses.
His rule was challenged, and he was defeated and killed at the Battle of Bosworth Field by the army of Henry Tudor, who took the throne as King Henry VII.

Posted by Unknown at 8:59 PM No comments: