Fürst Heinrich IV Reuß (Köstritz), Head of House, passed away on 20 June 2012. The prince was in his 93th year of life and at the time of death was surrounded by his children.


This branch of the Reuß princely family owned estates in Thuringia, an area of Germany that ended under Communist control after 1945. All those lands were confiscated and lost. The Reußs land holdings in Austria, centered around Schloß Ernstbrunn, their summer residence, remained under family control.


In 1954 Heinrich IV married Princess Marie Louis zu Salm-Horstmar (b. 1918), the youngest child of Fürst Otto II zu Salm-Horstmar and of his wife the former Countess Rosa Solms-Baruth, an aunt of Countess Viktoria Adelheid zu Solms-Baruth, the late mother of Prince andreas of Saxe-Coburg & Gotha. Heinrich IV and Marie Louise were the parents of four children: Heinrich XIV (b. 1955), who now succeeds his father as Head of House and Fürst Reuß, and is married to the former Baroness Johanna Raitz von Frentz (b. 1971); Johanetta (b. 1957), a Protestant Minister; Caroline (b. 1959), who is married to Baron Carl Philipp von Hohenbühel get Heufler zu Rasen (b. 1957), and Espérance (b. 1962), who is widowed from Count Johannes Kinsky von Wchinitz u. Tettau (1964-2008), a nephew of Fürstin Marie-Aglaë of Liechtenstein.


Fürst Geinrich IV was quite successful in reclaiming lands expropriated by the Communists. " Thus closes a circle," Heinrich XIV said. . "Thus closes a circle," said his son. The Reuß family never lost its connection to their ancestral lands and always hoped to regain their control. That finally came to be after the fall of the Berlin Wall in 1989. "For my father it was a happy return, when he could come to Thuringia in 1990 and visit his home again," remember the late Heinrich IV's son.  That same year the Princes of Reuß began a land and forestry operation in their old lands. These properties are located around the city of Gera and the area of Bad Löbenstein. In fact, Heinrich IV was very successful in fulfilling his restitution claims to expropriated property. As he was born in Austria, Heinrich IV was exempted from a law that made it difficult for German-born property-owners to reclaim expropriated real estate lost after the Second World War. Many of the claims have been completed successfully, more remain in dispute, but it is quite likely that the princely family will succeed in these as well.


The late prince was also an avid hunter, as well as a keen musician. 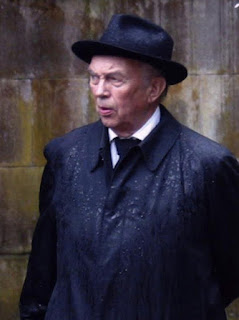 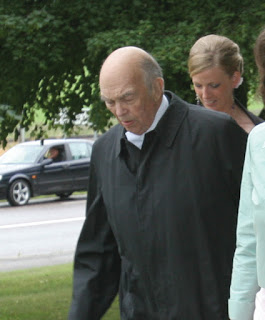 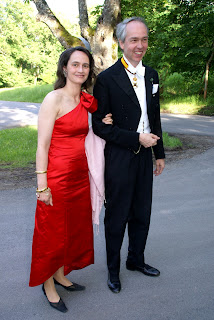