EUROHISTORY: AMAZON Offering a Discount on our books!

Apparently, AMAZON is offering a discount of 10% on all our books!

http://www.amazon.com/gp/aag/main/ref=olp_merch_name_1?ie=UTF8&asin=0985460350&isAmazonFulfilled=0&seller=A3SHUOZBCCEYBL
Posted by Unknown at 5:14 PM No comments:

We are about to send to print the next issue of EUROHISTORY!

Issue CI (Volume 17.5) will include the following articles:

1. George and Marina – A True Love Match, by Coryne Hall

2. A Royal Gathering in Denmark, by Ilana D. Miller


We expect the magazine to be delivered at our office on December 1, mailing to begin that same afternoon.

Issue CII (Volume 17.6) will begin preparation in earnest as well since we wish to mail it to all subscribers before Christmas!

Our next book, QUEEN MARIA PIA OF PORTUGAL, will follow the publication of Issue CII...stay tuned! 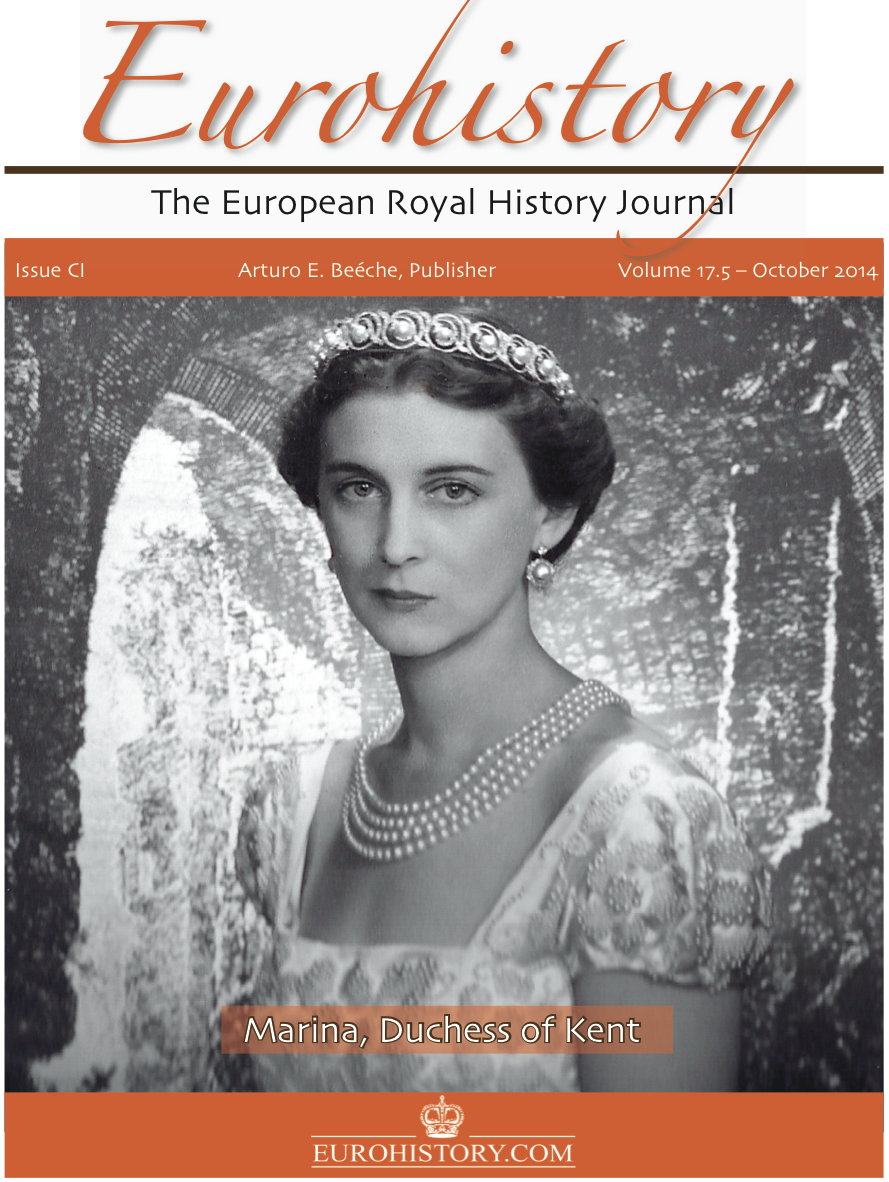 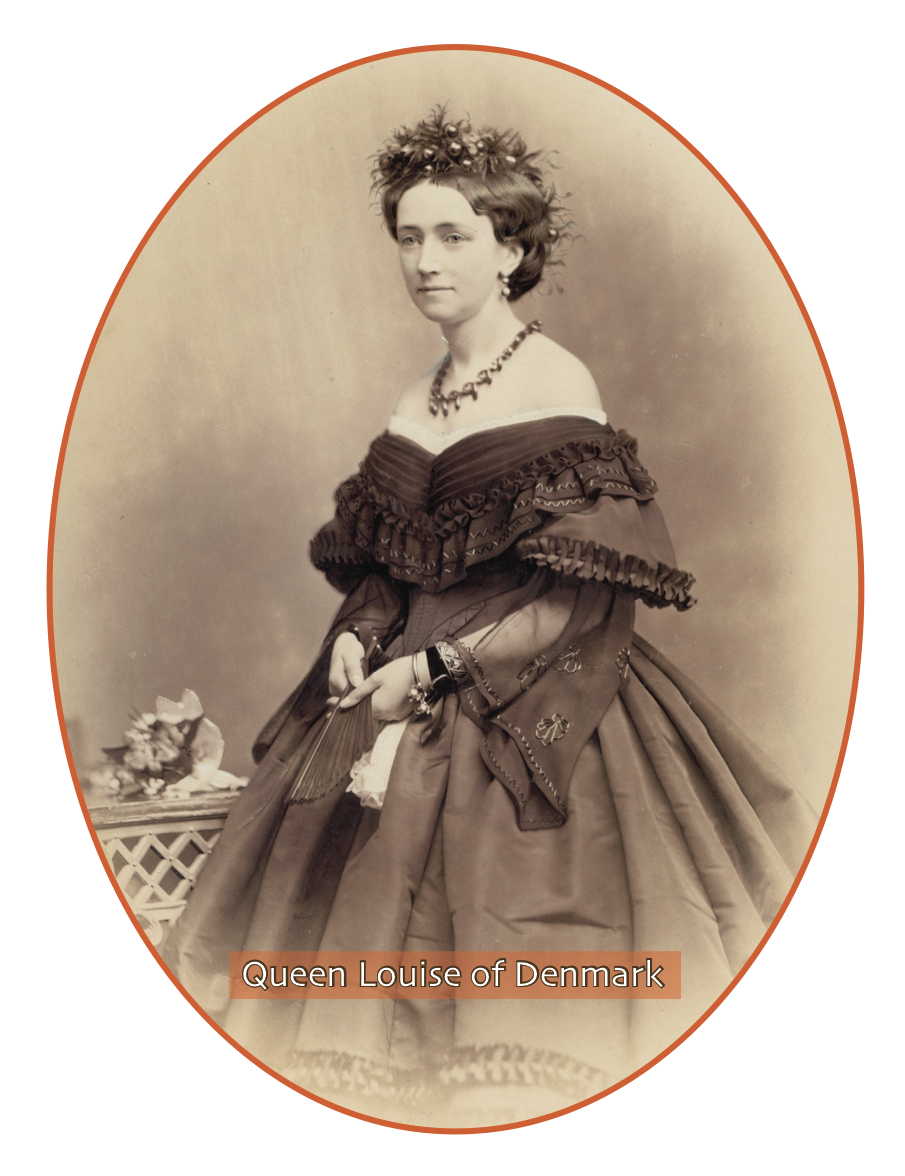 Born in Madrid's splendid Palacio de Liria in 1926, Cayetana was the only child of don Jacobo Fitz-James Stuart y Falcó (1878-1953), 17th Duke of Alba, and of his wife, doña María del Rosario Falcó y Guturbay, Marquesa de San Vicente del Barco (1900-1934), herself the only daughter and heir of the Duke and Duchess of Hijar.

Jacobo, Jimmy to his friends, was a great-nephew of the Empress Eugenie, widow of Emperoe Napoléon III. As such, Jimmy Alba was the recipient of a sizable portion of his great-aunt's vast wealth, which simply came to  further enrich the monumental legacy owned by the Dukes of Alba. All of these inherited fortunes and titles eventually came to rest on the shoulders of Cayetana, who in 1953 succeeded her father in all his titles.

Raised in close proximity to the court of King Alfonso XIII, both in Madrid and in exile, Cayetana vigorously retained her links to the Bourbon dynasty, counting former King Juan Carlos as one of her trusted friends.

In 1947, Cayetana married don Luis Martínez de Irujo, one of the sons of the Duke of Sotomayor, thus combining in the bloodline of their offspring some of Spain's most prestigious and ancient lineages. Don Luis and Doña Cayetana were to become the parents of six children: Carlos, Duke of Huéscar, who will petition to succeed bis mother as 19th Duke of Alba; Alfonso, Duke of Aliaga, once married to Princess María of Hohenlohe-Langenburg; Jacobo, Count of Siruela; Fernando, Marqués de San Vicente del Barco; Cayetano, Count of Salvatierra; and Eugenia, Duchess of Montoro. Together, Cayetana and Luis' children provided them with nine grandchildren and one great-grandchild. Luis, however, did not live long enought to witness the family's growth. He died of cancer in 1972.

A few years later doña Cayetana remarried, her choice raising more than a few eyebrows among her aristocratic friends. Her second husband, don Jesús Aguirre, was a former Jesuit priest with a deep interest in theology. In spite of much criticism, the couple were married in 1978 and remained devoted to the other until his death in 2001. In spite of being born from an illegitimate liaison, a fact many in Spain criticized, Jesús was a great companion to his wife and very effectively contributed to the management of her vast business interests.

Seven years after her second husband's death, Cayetana, by then famous for her deep disregard of conventional manners and customs, married a third time. In 2011 Cayetana and Alfonso Diez married in Seville. Prior to the marriage he had renounced to any claim to her fortune and title if Cayetana, 24 years his senior, was to predecease him. Signing of this agreement put an end to her children's opposition to the marriage, a task for which they also relied on the assistance of King Juan Carlos.

Besides being one of Europe's mort titled aristocrats, Cayetana Alba was also the proprietor of a vast fortune that has been estimated to be between €600 million and €3.5 billion, This wealth is composed by real estate, investments and a historical legacy of incalculable worth, among them letters from Christopher Columbus, one of my ancestors. In fact, in 2007 when I was a guest at the Palacio de Liria, her son Fernando kindly showed me portions of the Colón (Columbus) collection. That evening spent at the Palacio de Liria admiring priceless works of art remains one of the most vivid memories stored in my mind.

MY condolences go to Fernando, Marqués de San Vicente del Barco, and to his siblings, Spain has lost one of her national treasures.

May Cayetana Alba rest in peace, but her legacy live forever! 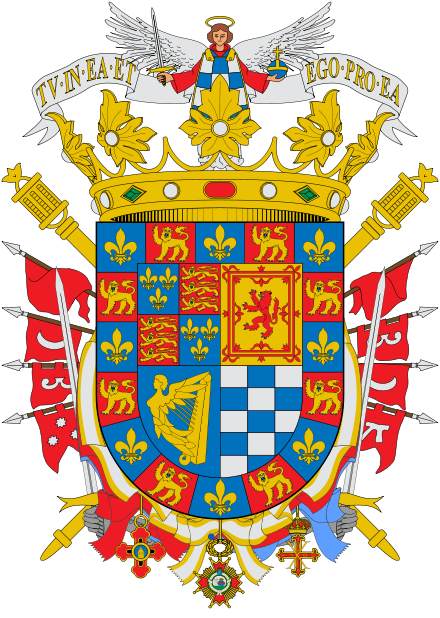 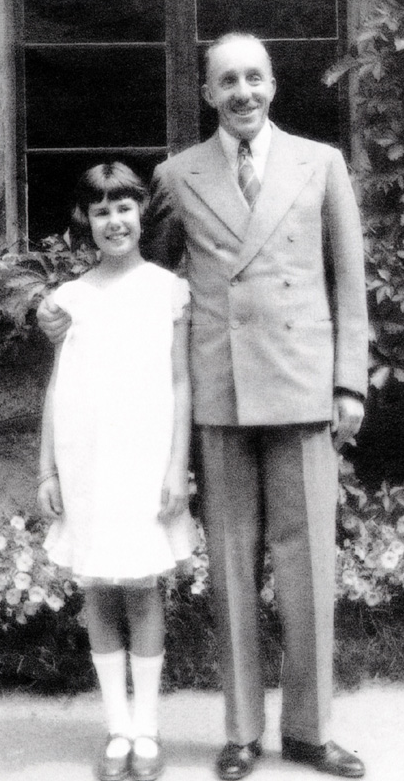 Doña Cayetana with King Alfonso XIII during his Italian exile. 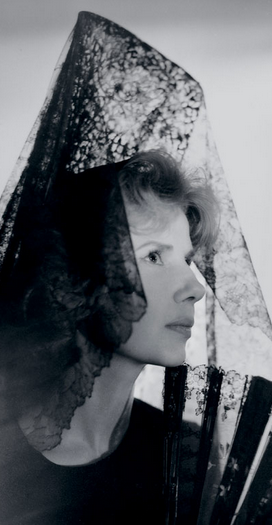 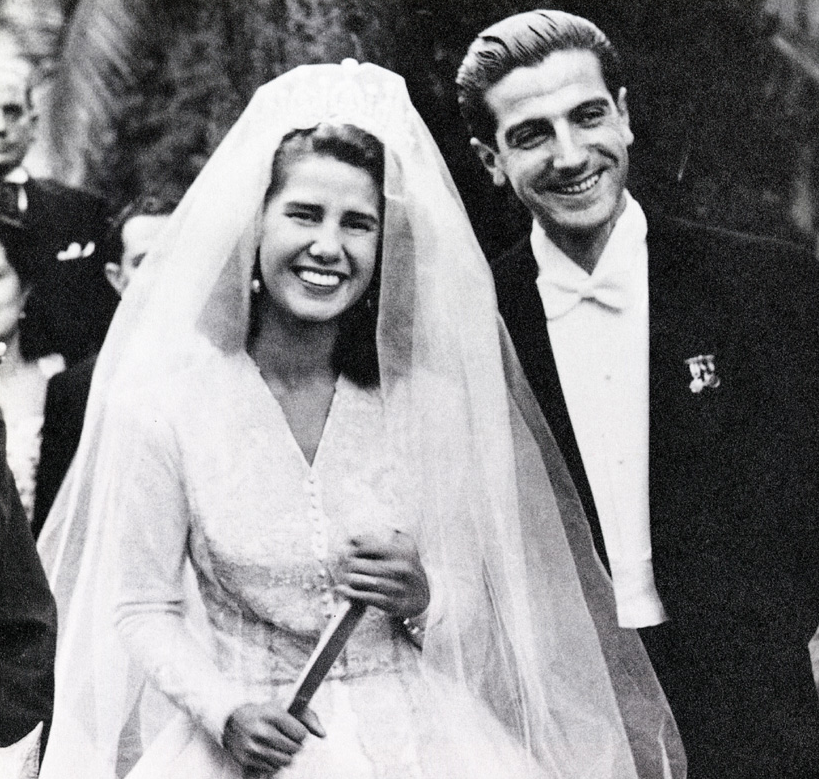 Doña Cayetana and don Luis on their wedding day, 1947. The New York Times called their wedding "the most expensive" ever organized. 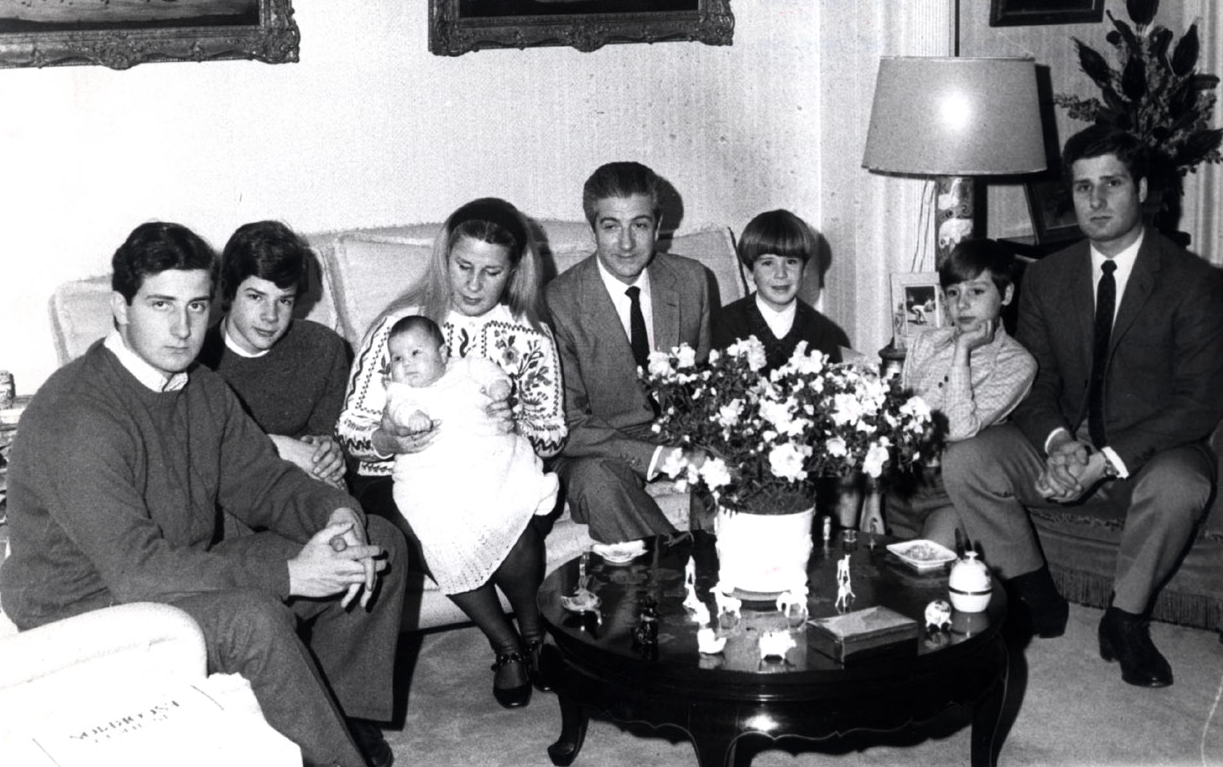 The  Dukes of Alba and their six children. 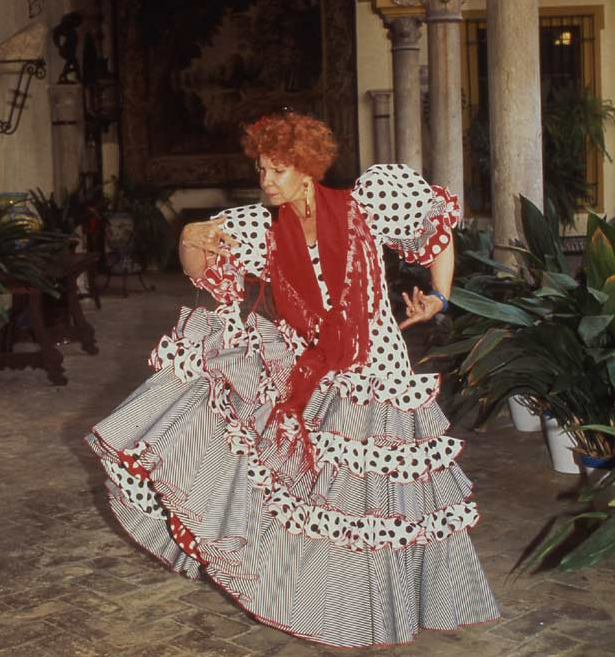 Doña Caytena dancing Flamenco, one of her passions. 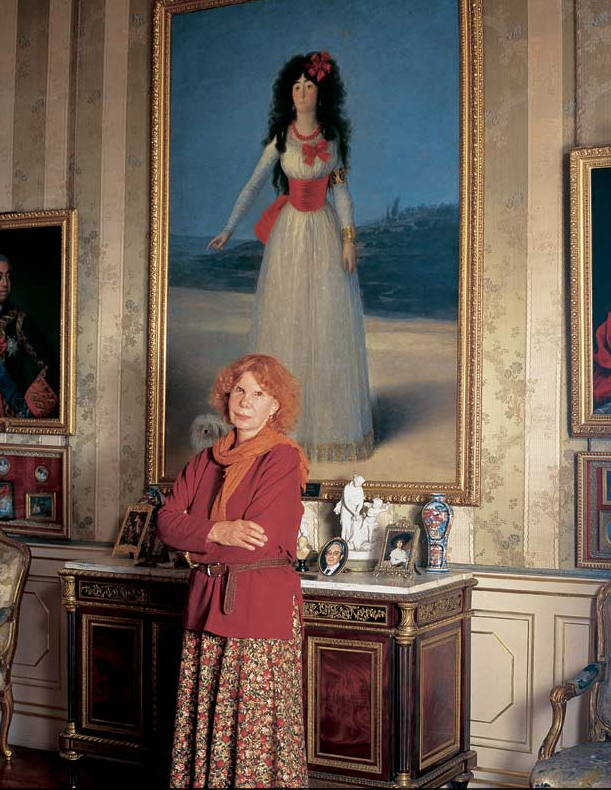 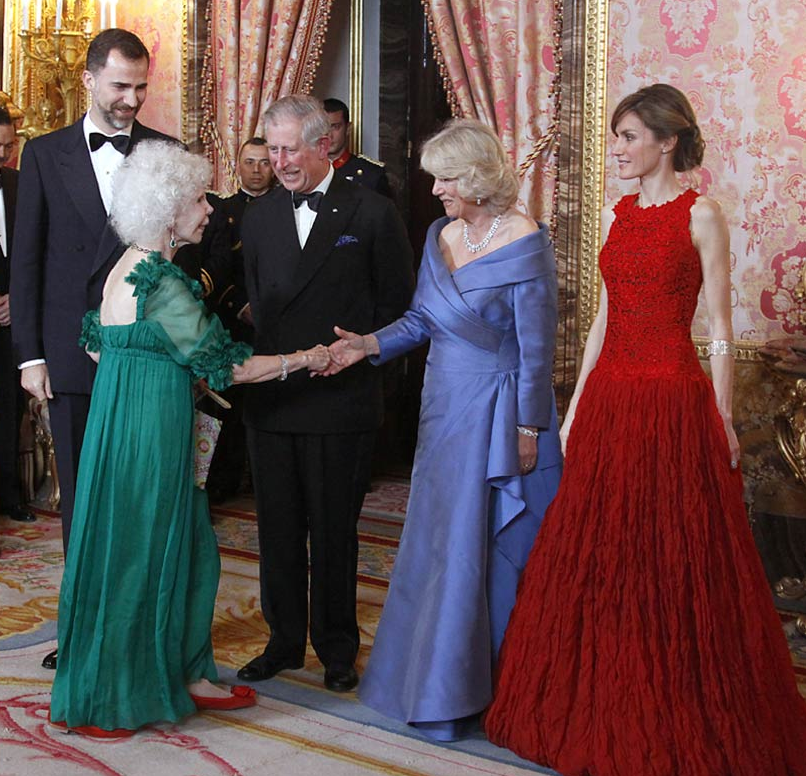 The Duchess of Alba greets her English cousins, the Prince of Wales and the Duchess of Cornwall, while King Felipe and Queen Letizia welcome her at the royal palace.

Posted by Unknown at 9:30 AM No comments:

EUROHISTORY: A Facebook home for Royal Gatherings in The Hague

Our yearly conference in Europe, ROYAL GATHERINGS in The Hague, now has a Facebook group!

Join it and enjoy!

Posted by Unknown at 9:46 AM No comments: