The Wedding of the Hereditary Prince zu Hohenlohe-Bartenstein

The upcoming wedding of Hereditary Prince Maximilian zu Hohenlohe-Bartenstein and his fiancée, Cristina Vozzi Castriota Scanderbeg is scheduled to take place in Rome on 25 May, 2013.

The venue chosen by the couple is the Church of Santa Maria del Priorato, piazza dei Cavalieri di Malta. This ancient structure, in existence since the X Century, is the priory church of the Priory of the Knights  of Malta n te Aventine Hill. (http://en.wikipedia.org/wiki/Santa_Maria_del_Priorato)

The groom, who ran for his local city council under the banner of the CDU, believes it to be his duty to "not only passively participate in the political process." He wanted to, "achieve the best for the community of Schrozberg."

He works as a mason and stone carver and owns a company that also works in restoration of historial monuments.

Fürst Ferdinand, a widower since 2011, is the brother of Princess Franziska (wife of Baron Maximilien de Watteville-Berckheim) and of Princess Henriette (wife of Count Hans-Veit zu Toerring-Jettenbach, Head of House). 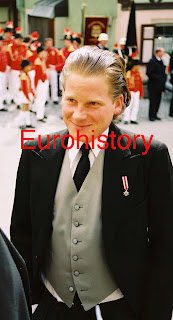 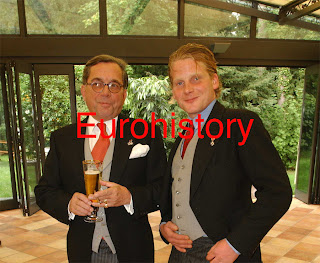