In Greece, the debt laden government has announced a group of state owned buildings will be put up for sale, among them is the Palace of Tatoi. The Palace had been home to the Greek royal family before they fled the country in 1967 and the Hellenic Republic was proclaimed in 1974. When the family fled, the Greek government seized the royal family’s property without giving the King compensation. HM King Constantine sued in the European Court of Human Rights saying that because his ancestors had obtained the property through legal means and it was inherited through the generations, it was his personal property. While the court officially sided with him, the judgment was for compensation of less than 1% of the palace’s value.
The Greek royal family is now based in London but that is never “home” according to HM Queen Anne-Marie: “When I think of ‘my home’ it is the Tatoi. It is such a lovely place. Our residence in London will never be regarded as anything other than ‘home away from home.’” The palace grounds include 40 outbuildings, stables, and a cemetery where Greek royalty since 1880 has been buried. The Greek population appears to be mixed on the idea of offloading the royal palace which may make a sale difficult. In addition, the palace has fallen into extreme disrepair which could also affect the sale. There is no word if the King and Queen of the Hellenes are interested in re-purchasing the property.
Continue reading...http://www.examiner.com/article/greek-royal-palace-goes-up-for-sale
©Chris Jackson/Getty Images 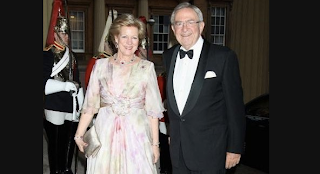