Although I had initially reported that the civil list in Belgium, the funding granted by the government to run the monarchy, was going to be reduced...it was not the case after all. In fact, in 2011 the five members of the royal family who receive government funding will experience an increase. The total amount now rests at €13.7 million (+/- $18 million).

The funds will be shared thus (in approximate values):


These funds are used to pay for myriad royal events and the day-to-day running of the institution, which remains fairly popular and respected throughout Belgium. 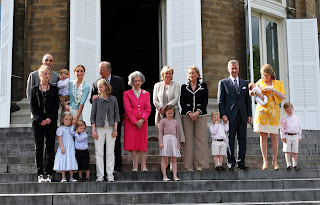