During one of the multiple conversations I have had with Prince Andreas of Saxe-Coburg & Gotha, who has been visiting us at home since a week ago, he mentioned a website dedicated to the memory of his brother Adrian.

Adrian, who ended his life in 2011, was a talented musician, a realm to which he dedicated a large part of his life. He wrote music, founded a music school and became a expert in Afro-Cuban music, with particular interest in drums.

Adrian's death came too soon, too shockingly soon. Behind he left a loving wife who misses him terribly, Gertrude, and two sons by his first marriage, Simon and Daniel. All reside in Switzerland. 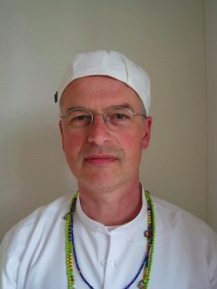