King George VI: his ill-health is testament to the dangers of smoking

The account by “our medical correspondent” of King George VI’s demise on the front page of The Daily Telegraph of February 7 1952 – reproduced to mark the 60th anniversary of the Queen’s accession to the throne – is of some medical significance. The King’s later years were dogged by ill health, including intermittent claudication due to narrowing of the arteries requiring the operation of lumbar sympathectomy, where cutting the nerves to the legs improves the circulation.

Next there was “the unrelenting course of the King’s lung trouble”, warranting the resection of a malignant growth, and, finally, he succumbed to a coronary thrombosis due to a clot in the artery to the heart.

The King was, in short, testament to the dangers of smoking, suffering three of its major harmful effects – though tactfully the report does not mention this. He was just 56, and one feels the tenor of post-war Britain would have been quite different had he abjured the habit. He would almost certainly have lived on for another two or three decades. 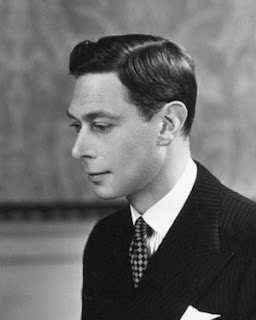