AUSTRIA: Who Was the Archduke – Princess Anita Hohenberg Speaks

We don’t think of Archduke Franz Ferdinand as a great joke-teller. That pudgy face, the piercing eyes, the overblown military attire complete with green-feathered plumed helmet, worn so ostentatiously on that fateful day, don’t seem the hallmarks of a comic. And yet according to his great-granddaughter, Anita Hohenberg, he had a keen sense of humour. Take the time he was out on a shoot and on being alerted to the proximity of a white chamois, took aim and killed it with one shot. “Bravo, your highness!” cried his followers. “Franzi, Franzi, why did you kill a white chamois? It will bring bad luck,” cried his wife, Sophie. “Don’t worry,” the Archduke replied. “There is always a reason why one has to die one day.”
The Archduke’s gallows humour was just as well, given the frequency of assassination attempts against members of Europe’s royal families at the time. The words were prophetic, too. Within a year, Franz Ferdinand was to fall victim to the most significant political assassination of all time, resulting in global war and the disappearance of the empires of Austro-Hungary, the Ottomans and Tsarist Russia.
There will be ceremonies in Sarajevo today, but none of his direct descendants will be there. “We did not want to go to a city in which people can remember the sound of bullets flying around their heads just 18 years ago,” says Ms Hohenberg.
Instead, the family will gather at Artstetten, the modest castle about 60 miles west of Vienna containing the crypt which the pair had chosen as their final resting place. At the nearby Basilika Maria Taferl there will be a service presided over by the Archbishop of Vienna, Christoph Schönborn; later there will be processions of soldiers dressed in the uniforms of the time, Austro-Hungarians, Russians, Italians, Serbs: former enemies, but for today, friends. 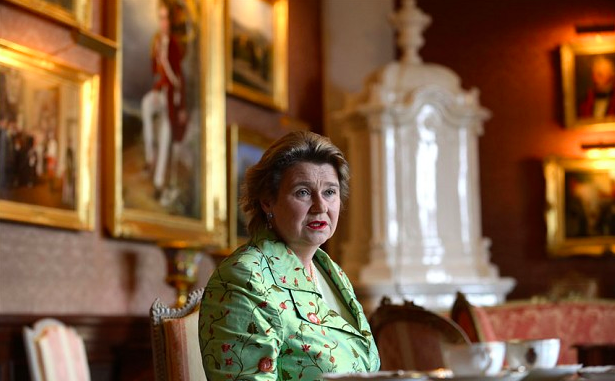