For two decades, Liki Rossii, one of Russia's premier history publishers, have regaled us with excellent publications, many of them focused on the Imperial Family. Their books on the history of St Petersburg, Russia's Imperial capital, are widely recognized for their high quality and exquisite production. Liki Rossii has published various volumes on the Romanovs, among them the memoirs of two members of the Vladimirovich line of the Imperial Family: Grand Duke Kirill Vladimirovich and Grand Duke Vladimir Kirillovich.

Authors Galina Korneva and Tatiana Cheboksarova have worked on the Romanov Dynasty for more than a decade. In 2001 they authored an excellent book on the Vladimirovich Palace in St Petersburg, "The Palace of Grand Duke Vladimir Alexandrovich – The House of Scientists." The authors are frequent lecturers in Russia and abroad, with Ms. Korneva also having lectured across the USA, most recently at the yearly EUROHISTORY Conference, hosted in the San Francisco Bay Area in October 2013. A month later, Ms. Korneva was also a guest lecturer at ROYAL GATHERINGS, a joint royalty conference hoisted by Eurohistory and Hoogstraten English Bookstore in The Hague.

The opus of Korneva and Cheboksarova was a massive book titled RUSSIA AND EUROPE – Dynastic Ties, that first appeared in Russian in 2010 and was later published in the USA by Eurohistory two years later. The American version of the book was handsomely supplemented with more than 100 extra photos, most rarely seen before and from various royal archives, as well as from the vast Eurohistory Archive, owned by Arturo E. Beéche.

MARIA PAVLOVNA, the latest book authored by Korneva and Cheboksarova, contains extensive and rare material from archives in Russia and across Europe, and accumulated over the years by the authors. The book, published in Russian (for now), contains 300 illustrations, discovered by the authors in Russian and foreign archives and private collections. About 70 photos included in the book were provided courtesy of Eurohistory publisher, Mr. Beéche.

Fluency in various foreign languages allowed Korneva and Cheboksarova the ability to analyze periodicals from the late XIX and early XX centuries. These periodical archives came from Russia, England, Germany, and also provided rarer photographic imagery. The thoroughness of the research demanded by this book simply increased the importance of its publication.

EUROHISTORY hopes to bring this book to publication in English later this year. We hope to conclude a satisfactory agreement with Liki Rossii to make it possible! 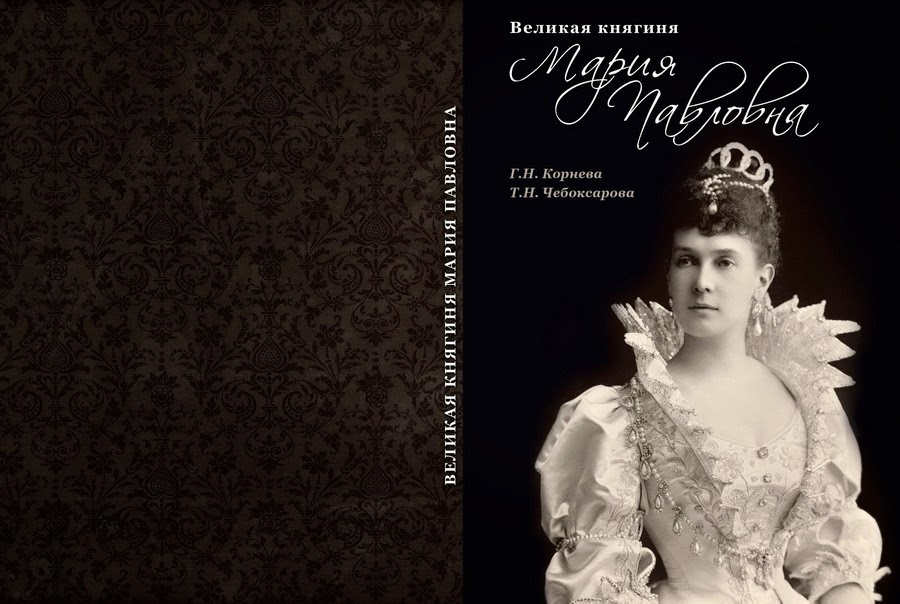