Given by Alexander III Emperor and Autocrat of all the Russias to
Empress Marie Feodorovna for Easter 1887.

It contains a surprise of a lady’s watch by Vacheron Constantin, with a white enamel dial
and openwork diamond set gold hands. The watch has been taken from its case to be mounted
in the Egg and is hinged, allowing it to stand upright.

Fifty Imperial Easter Eggs were delivered by Carl Fabergé to Emperors Alexander III
and Nicholas II from 1885 to 1916. The Third Imperial Easter Egg was until its recent
rediscovery among the eight lost Imperial Fabergé Eggs.
The egg will be exhibited at Wartski from 14th to 17th April 2014.
This will be the first time it has been seen in public for 112 years.
Copyright © Wartski, 2014. Photography Prudence Cuming Associates. 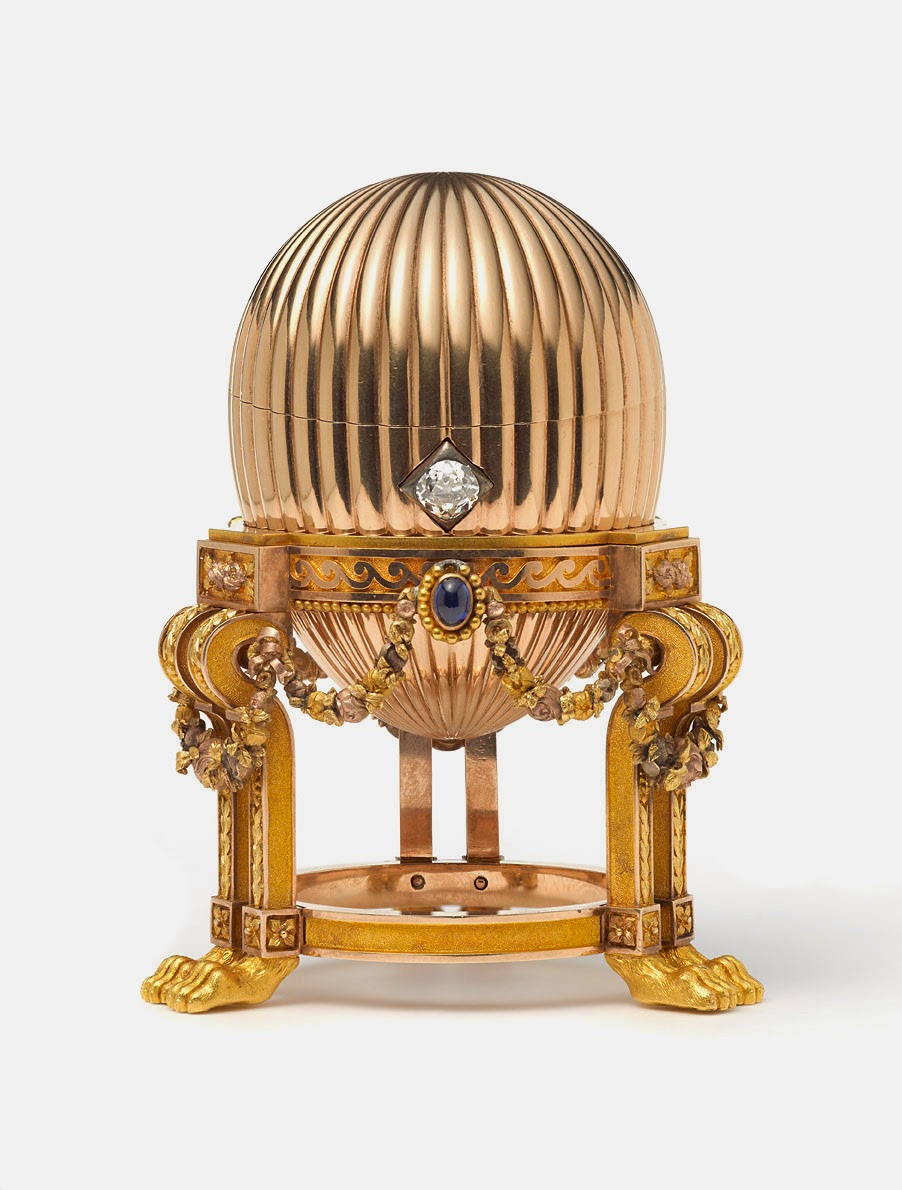