New Books (in preparation): Royal Exiles in Cannes & I did it my way ...

New Books: Royal Exiles in Cannes & I did it my way ... (In preparation)

We are extremely busy here at EUROHISTORY. At present we are putting the finishing touches on the 105th Issue of our magazine (Volume 18.3 – With articles by Greg King and Janet Ashton, Marlene Eilers Koenig, Coryne Hall, Ilana D. Miller, etc).

We are also working on three books at the same time, two of them in the layout stage at present: Royal Exiles in Cannes – The Bourbon-Two Sicilies of the Villa Marie Thérèse (by David McIntosh and Arturo E. Beéche) and The Coronation of Tsar Nicholas II (by Greg King and Janet Ashton).

The third book is titled, I did it my way ... The Memoirs of Prince Andreas of Saxe-Coburg & Gotha.

Eurohistory plans to publish a book per month this fall, beginning in September!

An ambitious schedule no doubt, but one that we are quite confident that we can meet! 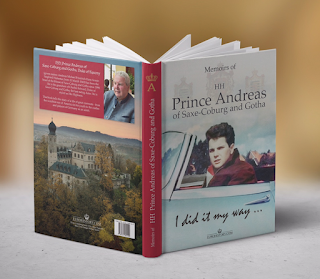