UK: Change in Succession Law to Move Full Steam Ahead

All Commonwealth realms have agreed to press ahead with a bill ending discrimination against women in the succession to the British throne.
Deputy Prime Minister Nick Clegg said the government would now introduce the Succession to the Crown Bill in the House of Commons as soon as possible.
It means the first child of the Duke and Duchess of Cambridge will become monarch, whether a boy or a girl.
The duchess, whose pregnancy was announced on Monday, is in hospital.
She is spending her second day in the private King Edward VII Hospital in central London with acute morning sickness.
The new legislation will end the principle of male primogeniture, meaning male heirs will no longer take precedence over women in line to the throne.
It will also end the ban on anyone in the line of succession marrying a Roman Catholic.
The legislation was agreed in principle at the Commonwealth heads of government meeting in Perth, Australia in October 2011.
Since then, the government of New Zealand has been gathering formal letters of consent from the 15 realms of the Commonwealth, with assurances that they will be able to take the necessary measures in their own countries before the change in British legislation begins.
http://www.bbc.co.uk/news/uk-20600543 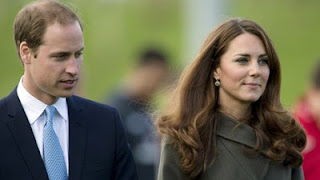