The Grand Ducal Court of Luxembourg announced the engagement of Prince Felix, second son of Grand Duke Henri and Grand Duchess María Teresa, to Ms Claire Lademacher, a German-born, Swiss-educated young woman who resides in the the USA.

This announcement was expected as both Felix and Claire were spotted in Florida together. She also attended the wedding of Felix's first cousin, Imre of Austria, and brother, Hereditary Grand Duke Guillaume.

The date of their religious wedding is yet to be announced. 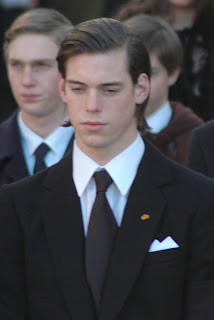