Interestingly, The Spanish Carlists, through which Duke Carlos Xavier claims to be the "rightful" King of Spain (dear sweet Jesus!), announced the wedding and listed the bride as having a Carlist title all her own, Countess of Montizón. The last Carlist to bear the title of Count of Montizón was Juan (1822-1887). He was married to Archduchess Maria Beatrix of Austria-Este, a Modenese Habsburg, by whom he had two sons: the Duke of Madrid and the Duke of San Jaime. Madrid married Princess margherita of Bourbon-Parma in 1867 and it is through this connection that the Bourbon-Parma became associated with Carlism. Two of Margherita's nephews, Sixtus and Xavier, later laid claim to the Carlist movement once the male branch of descendants from the Infante don Carlos (father of Montizón) died out. Unfathomable that a movement that claimed not to recognize the succession of Queen Isabel II, a first cousin of the Count of Montizón, is now led by a Bourbon branch whose closest contact to the Spanish Royal Family is through a female line. Yet another unexplainable fact of royal trivia.

The Bride was born in Budapest on 25 May 1982. She spent her youth in Hungary and Switzerland, and moved at the age of 8 to the Netherlands and grew up in Apeldoorn. Viktória studied law in Utrecht. She later obtained a Master's Degree in Business at Nyenrode and the University of Amsterdam. She currently works as a lawyer for the Dutch bank Radobank.

Prince Jaime is the second son of the late Duke Carlos Hugo of Parma and of his former wife Princess Irene of the Netherlands. Jaime has a twin, Princess Margarita, who is married to a Dutchman by the name of Tjalling Siebe ten Cate. Jaime also has an older brother and a younger sister. His brother is Duke Carlos Xavier, who succeeded as Head of House upon the death of their father in 2010. The sister is Princess Maria Caroline, Marchesa di Sala, who is married to Dutchman Albert Brenninkmeijer.

The Groom is a first cousin of King Willem Alexander of the Netherlands, who was present at the wedding with his wife Queen Máxima and their three daughters. Also present were: Princess Irene of Lippe-Biesterfeld (the Groom's mother), Princess Beatrix, Princess Margriet with her husband Pieter van Vollenhoven, and Princess Christina. Other family members included Prince Constantijn and his wife, Princess Mabel (widow of Prince Friso), as well as most of Princess Margriet and Princess Christina' descendants. Princess Maria Teresa of Bourbon-Parma attended the wedding tolend her support to her nephew. Also there were Prince Charles-Henri de Lobkowicz (a first cousin of the Groom), Prince Lelio Orsini and Count Alexander of Stolberg-Stolberg and his wife, Princess Isabel d'Orléans-Braganza.

The wedding was followed by a reception at the Het Loo Palace in Apeldoorn.

Eurohistory exclusive photographer, Marianne van Dam, who resides in Apeldoorn, documented the wedding for our readers. The photos here shared, as well as those that will accompany the corresponding report inside the pages of EUROHISTORY are her copyright. 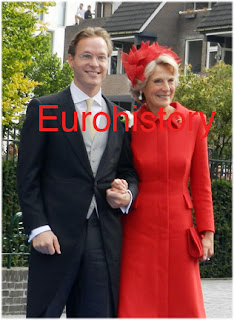 Prince Jaime of Bourbon-Parma and his mother Princess Irene of Lippe-Biesterfeld. 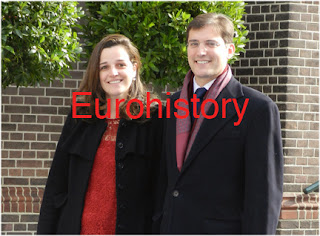 Count Alexander of Stolberg-Stolberg and his wife, Princess Isabel d'Orléans-Braganza. 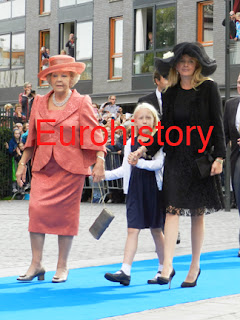 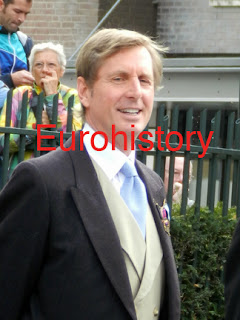 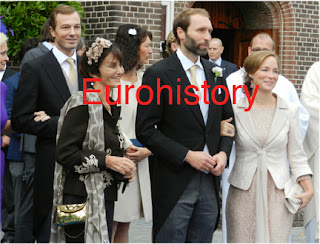 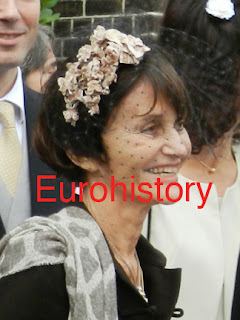 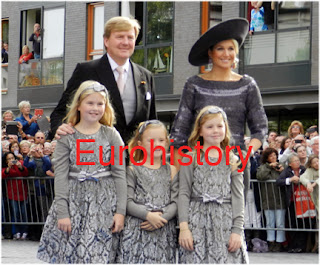 King Willem Alexander and Queen Máxima with their three dauhters. 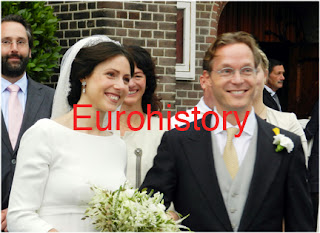 Above and Below: The Groom and Bride. 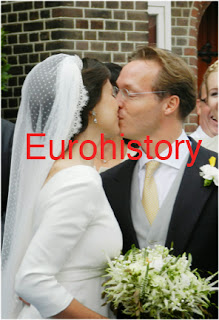 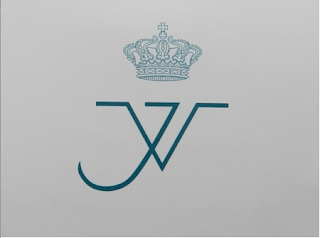