The death of King Abdullah of Saudi Arabia has brought considerable debate over whether he should be remembered as a "reformer" or the very opposite of one; whether his legacy will be that he preserved Saudi Arabia's future or limited its present.
But as this story from a former British Ambassador to Saudi Arabia makes clear, there is one thing he will never be: as much of a stone-cold badass as Her Majesty Queen Elizabeth II.
Sir Sherard Cowper-Coles was given a private audience with the Queen when he was appointed Ambassador to Saudi Arabia in 2003. At the time, Abdullah was technically still the crown prince, though he'd been de facto ruler for several years. During their meeting, she gleefully recounted the story of Abdullah's first visit to Balmoral, her castle in Scotland. It all started innocently enough, with an offer to tour the estate:

After lunch, the Queen had asked her royal guest whether he would like a tour of the estate. Prompted by his foreign minister the urbane Prince Saud, an initially hesitant Abdullah had agreed. The royal Land Rovers were drawn up in front of the castle. As instructed, the Crown Prince climbed into the front seat of the front Land Rover, his interpreter in the seat behind. 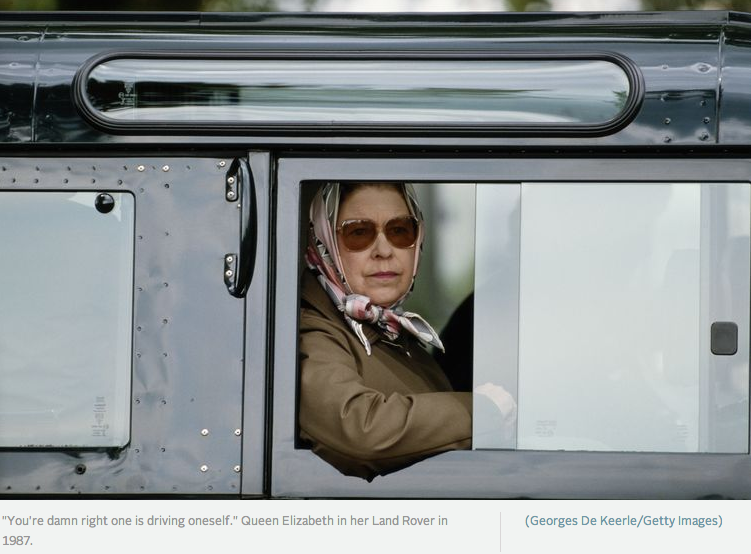