Helen of Yugoslavia's Damaging Testimony on Her Estranged Husband's Activities

LEMONDE.FR | 24.09.11 | 7:22 • Updated 24.09.11 | 3:18 p.m.
In an interview in the world, Helen of Yugoslavia , the wife of the former adviser of Nicolas Sarkozy, Thierry Gaubert, says that her husband visited many times in the early 1990 seeking money to Geneva the back then Nicolas Bazire , then director of the firm and the presidential campaign of Prime Minister Edouard Balladur .


When did you meet your husband Thierry Gaubert ?
We met in 1987 in Neuilly-sur-Seine, where we lived both. And we were married in 1988. We are separated for five years.

Before 1987, you already know Nicolas Sarkozy ?

No, I met him through my husband. I presented it right away, and he married us.

What was your husband when you met him?

He was project manager for communication for mayor of Neuilly, and also worked in real estate.

At the time, Mr Sarkozy was a close friend?
He was very close, yes, we often invited to dinner , the weekend ... He called my husband all the time. Thierry had become indispensable.

After arriving at the Ministry's budget in 1993, Sarkozy called your husband at her side as Deputy Chief of Staff. What memories do you have of that period?
That of a life much more intense, with constant trips to Bercy. I myself was on my way from time to time to the ministry, especially for dinner.

It is therefore from this period [the presidential campaign of 1995] that your husband would have made ​​trips to Switzerland to find the cash?
Yes. He told me regularly: "I'm going to Switzerland looking for money. " He spent systematically, with the move as a return, in London, so he told me to avoid customs checks at the Franco-Swiss border.

When these trips began and what was the frequency?
It is difficult to date precisely. I'm sure it started in the early 1990s. And he went to Switzerland about once every two months.

But how did he justify these trips?
He did not tell me why, I do not speak the amounts nor showed me the tickets. Generally, it brought them back in small bags. 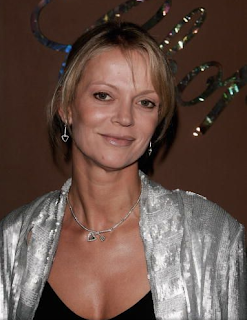