LONDON — Lawmakers say it would be the perfect wedding gift – changing Britain's rules of succession so any daughter born to Prince William and wife-to-be Kate Middleton would enjoy an equal right to the throne.

Lawmaker Keith Vaz led a brief House of Commons debate Tuesday calling for an overhaul of the 300-year-old procedures, which many call antiquated and sexist.

"Sex discrimination has been illegal in the UK since 1975 and those who break the law are rightly punished," he told Parliament. "This rule attempts to bring gender equality into our succession rules." He said a series of newspaper polls shows strong support for this change to the rules.

The system currently gives sons an automatic preference over older female siblings to succeed to the British throne. That means if Middleton had a daughter and then a son, the daughter would be passed over and the son would become king when William dies or vacates the throne. 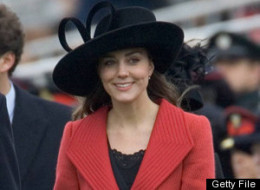