Book Review – Wait for Me (The Duchess of Devonshire)

EVEN the most fervent followers of the saga of six remarkably diverse sisters may be tempted to think “enough already!” when faced with yet another dose of Mitfordiana. But they should have no fear. Deborah, Duchess of Devonshire, “Debo” to her disciples, the youngest of the sextet and its only survivor, has pulled off the feat of writing an autobiography that contains a fair bit of old hat, yet provides new nuggets and vignettes on almost every page. She is an acute anecdotalist, sometimes with a ringside seat as history was being made. And her tale is both funny and sad.

Several of the sisters, in particular Nancy and Jessica (“Decca”), have told their own version of the Mitfords’ upbringing, a rum mixture of the conventional and the eccentric, the rustic and the cosmopolitan, the messy and the ritzy, with their father famously spoofed as “Uncle Matthew” in Nancy’s early comic novels. The duchess adds jovially and sometimes poignantly to the overall Mitford canon. 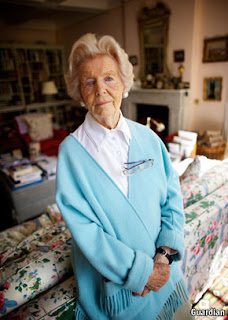