Reconciliation at Broadlands in the Works?

End of the affair for Brabourne?

Landowner Lord Brabourne’s dramatic exit from his 30-year marriage and Hampshire estate shattered one of Britain’s great aristocratic dynasties.
But just five months after the 63-year-old cousin of Prince Charles and heir to the Mountbatten title left his attractive wife Penny to start afresh in the Bahamas, there has been a setback in his new romantic life with exotic local beauty Jeannie McWeeny.
The couple, I learn, are no longer together. Brabourne, better known as Norton Knatchbull, had been with 58-year-old Jeannie, a fashion entrepreneur and widow of tax-exiled baronet Sir Nicholas ­Nuttall, on tiny Windermere island since his abrupt departure from Broadlands, his 60-room ancestral home, where the Queen spent her honeymoon.
Whether this estrangement is temporary or permanent remains to be seen, but friends are saying it is over.
Read more: http://www.dailymail.co.uk/debate/article-1348730/Kate-Middleton-Goring-Hotel-night-Royal-wedding.html#ixzz1BgbZecQL 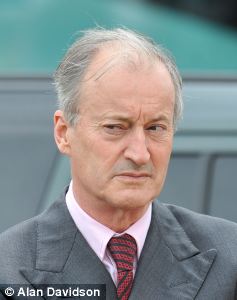