The Prince of Wales Makes a Donation to Australian Flood Victims

14th January 2011
The Prince of Wales said the floods in Australia were "almost impossible to imagine" as he made a donation to the relief efforts.

He also paid tribute to the work of the Emergency Services and the Armed Forces in Brisbane.

The private donation is to the Queensland Premier's Flood Relief Appeal.

Speaking at his Scottish residence, Birkhall, The Prince told the BBC: "So many of us here in this country wanted to offer our deepest condolences to the families of those who have lost their lives in this appalling tragedy. We’ve all been watching with mounting dismay and concern the appalling nature of these floods.

"I realise only too well that so much is dependant on the actions of the state, the emergency services, the armed forces, the Queensland Police, who in so many ways I know have made a fantastic difference to people's lives in these sort of disasters.

"I realise only too well - we all do - that the aftermath, the clean-up, the reconstruction, all this effort is going to be vast and I'm so glad to hear that the Queensland fund has been set up to which I'm only too happy and proud to contribute something."

The donation follows one by the Queen yesterday. 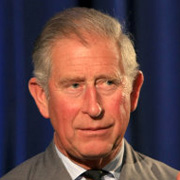 http://www.princeofwales.gov.uk/newsandgallery/news/the_prince_of_wales_makes_a_donation_to_the_flood_relief_eff_93479592.html
Posted by Unknown at 7:48 AM