Ruler of Europe's last grand duchy from 1964-2000, Jean is the eldest son of the late Grand Duchess Charlotte, last of the Nassaus, and her husband Prince Felix of Bourbon-Parma.

He succeeded his retiring mother in 1964 and himself renounced the throne thirty-six years later.

He was married to the former Princess Josephine Charlotte of Belgium, who died in 2005. They had five children, among them Grand Duke Henri who succeeded his father in 2000. 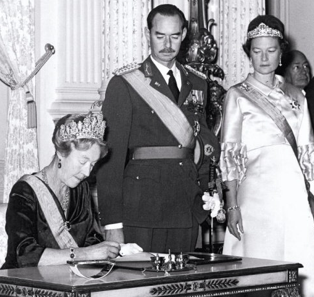