A worthy association: The Louis-Philippe Museum at the Château d'Eu

From the website of The Association of Friends of the Château d'Eu...a marvelous site every royal watcher ought to visit!
Situated on the very edge of Normandy, the construction of the present Château of Eu was begun in 1578 by Henri of Guise and Catherine of Cleves, before being completed in 1665 by the Grande Mademoiselle, King Louis XIV’s first cousin. In the 18th Century it was in turn the property of the Duke of Maine and the Duke of Penthièvre before becoming the Summer Palace of King Louis-Philippe in the 19th century. Following the creation of the Entente Cordiale between France and Great Britain, the French sovereign invited Queen Victoria of England to Eu on official visits in 1843 and 1845.

As the residence of the Princes of Orleans until the beginning of the 20th century, the Château underwent a period of extensive renovation during the Third French Republic between 1872 and 1886. These building works were supervised by the famous architect Eugène Viollet-Le-Duc.
Although partly destroyed by fore in 1902, the Château was purchased and restored from 1905 onwards by the Brazilian Imperial Family - the Orleans-Braganzas. It was at Eu that lived the eldest daughter of Emperor Pedro II of Brazil, Isabel of Braganza, and her husband, Prince Gaston of Orleans, Count of Eu as well as King Louis-Philippe’s grandson.

In 1954 the Château of Eu was acquired by the Dom Pedro II Historical Study Society which in turn sold it in 1962 to the local government authority – the Département of Seine-Maritime.
In 1964 the town of Eu purchased the château which after 1973 would house the mayor’s office and the Louis-Philippe Museum.

The rooms of the Louis-Philippe Museum are mainly devoted to the King and his family. The setting is most appropriate as the site and collections recall the golden age of the Château when it was the Summer Palace and favourite residence of the last King of France. Visitors can also admire the major building works carried out by Eugène Viollet-Le-Duc at the end of the 19th century. Part of the collections of the Brazilian Family are also on show including anthropology, portraits, the Imperial Library of 22,000 volumes as well as the royal carriage which once belonged to King John V of Portugal. This vehicle dates from 1727, which makes it the oldest French-made carriage on exhibition in France.

The Galerie des Guise may be considered the most splendid room in the Château. Thanks to the purchase in 2000 of 145 historical paintings which originally formed part of the collections of the Grande Mademoiselle and of Louis-Philippe at Eu, this gallery is in the process of being restored to its original state and we are looking forward to its completion. This is already the case for the panelled ceiling which had been badly damaged by the fire in 1902. The Galerie des Guise is a key element for both the architecture of and the history of the Château and it would provide Louis-Philippe with a direct model for the Museum of French History which he established at Versailles.

A part of the former royal domain has remained in private hands and still belongs to the Orleans Family whose members regularly stay at Eu. This is the case for Prince Jacques of Orleans, Duke of Orleans and Prince Michel of Orleans, Count of Evreux : both sons and heirs of Princess Isabelle of Orleans-Braganza, Countess of Paris (1911-2003), who was grand-daughter of Prince Gaston of Orleans, Count of Eu and also Founder-President of the Association of the Friends of the Louis-Philippe Museum at the Château of Eu. 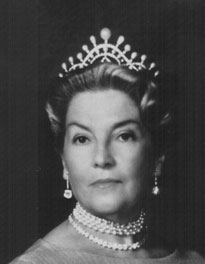 http://www.louis-philippe.eu/gb/le_musee.html
Posted by Unknown at 8:27 AM