The Danish Royal Court announced that Princess Marie of Denmark, second wife of Prince Joachim, himself the second son of Queen Margrethe II and of her husband Prince Henrik, is expecting the couple's second child.

Prince Joachim has two other sons from his first marriage to the former Alexandra Manley.

This will be the eighth grandchild of the Danish Queen. 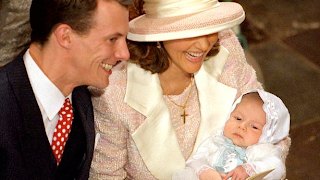