In the summer of 1997 I was working for a major banking institution in downtown San Francisco.

Some months before, bored with not finding a website that contained loads of royalty articles, I decided to build my own. On a Thursday afternoon, I walked into a computer store and asked the clerk for a website building program that would allow me to construct my own little window into the internet.

I spent Friday night and all of Saturday putting the website together and by Sunday http://www.eurohistory.com went live. It wasn't much to talk about...quite rudimentary in fact, but soon enough it began attracting traffic. As days turned into weeks, I continued teaching myself how to make the website more appealing, intricate and encompassing.

Then, out of the blue, visitors began asking if I sold European royal history books. Some others wanted to know if I published a magazine?

This led to me spending several weekends cleaning out all known Bay Area  Antiquarian and Used bookstores of any and every interesting book they offered about European royalty.

The first offerings sold fairly quickly and customers demanded more. They also asked that I offer in the USA the books Paul Minet, at Royalty Digest, was reprinting. Some even asked that I start carrying books published in the UK and other European countries.

Off to Europe I went!

I met in Ticehurst with Paul Minet and Charlotte Zeepvat. I spent thousands of Pounds Sterling on this first of many visits. Paul offered me "credit" if I bought more books, which I proceeded to do. In Germany, I bought several picture books about current day princely and royal family. While in France, I met with the late Jacques ferrand and he was delighted that we would become yet another selling venue for his magnificent books about the Imperial Family. Even Ted Rosvall, owner of Rosvall Royal Books, has been extremely helpful through the years, even though we compete in the same market place. I told Ted years ago that instead of competition, our bonds of friendship ought to be used for mutual growth. Luckily, he agreed with me.

Back in the USA, I compiled a list of what I had brought back and sent it out to clients. Within two weeks, the entire list was sold!

Off I went to Europe again... 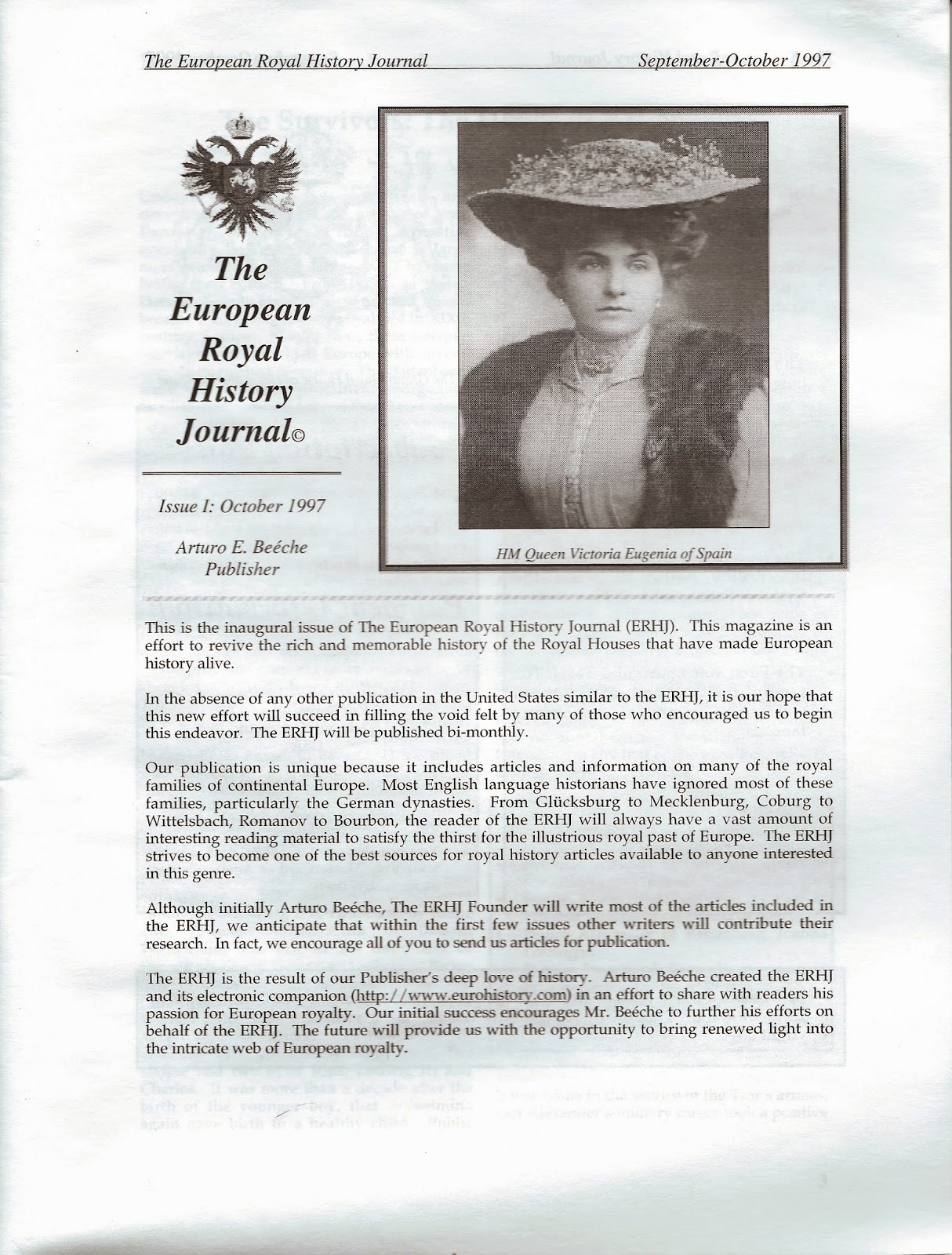 These trips became a routine. I was spending long weekends in Europe, while fetching books that had been shipped to the homes and businesses of several friends. I basically spent 10 days in Europe, three weeks in California...in the meantime, I accrued an incredible amount of frequent flyer miles with AA!

Oh...and by then...I had quit the bank and the investment firm I later work for...both being, in hindsight, the best decisions I had taken thus far!

The tragedy on 9/11 found me in Potsdam. I was stuck in Europe for nearly two weeks...not that I minded, of course, I just kept traveling and visiting various royal and princely families.

In the meantime, EUROHISTORY had started lending services to movie and TV companies working on royal topics. At lone point I had a consultant contract with CNN and Lucas Film (Indiana Jones), as well as being constantly approached by newspapers and television programs in Europe. Although I enjoyed the work, I found too taxing and as soon as the contract were due, I sought not to renegotiate them. I like the semi-anonymity of my own office and the time spent researching and writing books. I did not want to become a talking head!

In 1998, after our first anniversary, we conducted what would become the initial conference of a cycle that remains in place until today. This year's EUROHISTORY Conference is gathering at the DoubleTree Hotel, Berkeley Marina, in Berkeley, CA. (if interested in attending, email us at books@eurohistory.com)

Last year, with the cooperation of Hoogstraten English Bookstore, we fulfilled one of Mr. Beéche's long-time dreams: A venue in Europe for our own royalty conference. The Royal Gathering in The Hague was a spectacular success, so much so, that EUROHISTORY and Hoogstraten, with the collaboration of Rosval Royal Books, decided to call a second Royal Gatherings, to be celebrated on November 8-9, 2014, at the Park Hotel in The Hague (if interested in attending, email us at books@eurohistory.com). 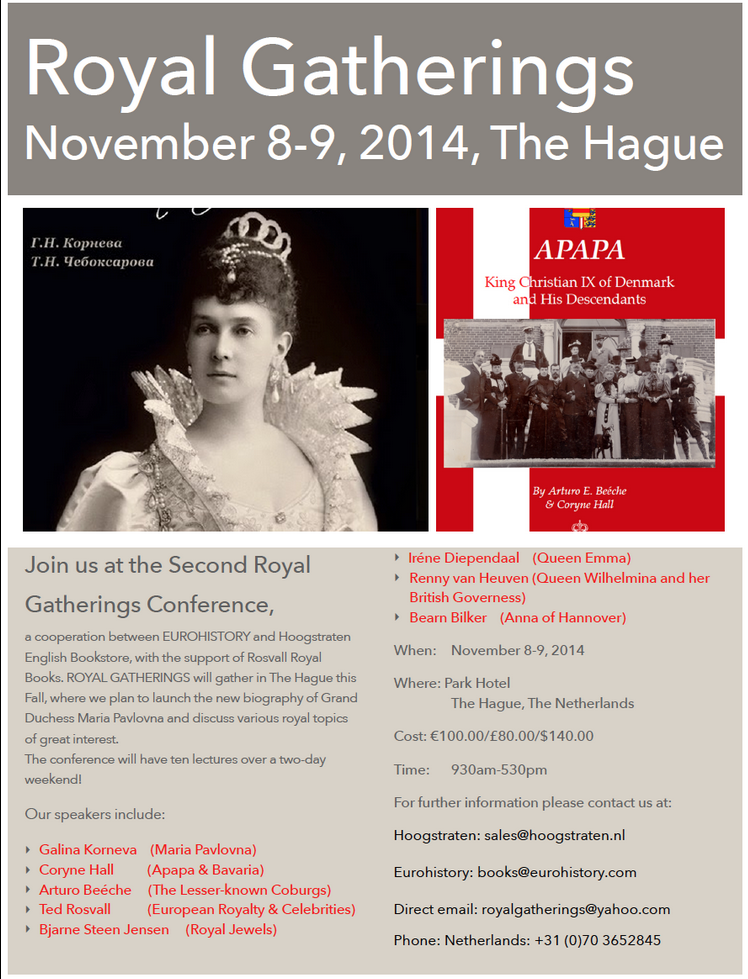 That same year, I began leading tours to Europe. Since then, we have taken tours to visit royal sites, palaces, crypt, exhibitions and museums in: England, Portugal, Spain, France, Italy, Croatia, Romania, Austria, Hungary, the Czech Republic, Slovakia, Germany, Luxembourg, Belgium, the Netherlands, Denmark and Russia Our royalty tours have reached as far away as Tobolsk, Siberia, and as far south as Naples!

In 2008, we had what can only be described as a nightmare year. The world's recession nearly destroyed EUROHISTORY. Subscribership hit an all-time low and the company, which we had managed to keep debt-free until then almost collapsed. And yet, we recovered. Not only did we manage the get ourselves out of the doldrums, but we have made a roaring comeback. 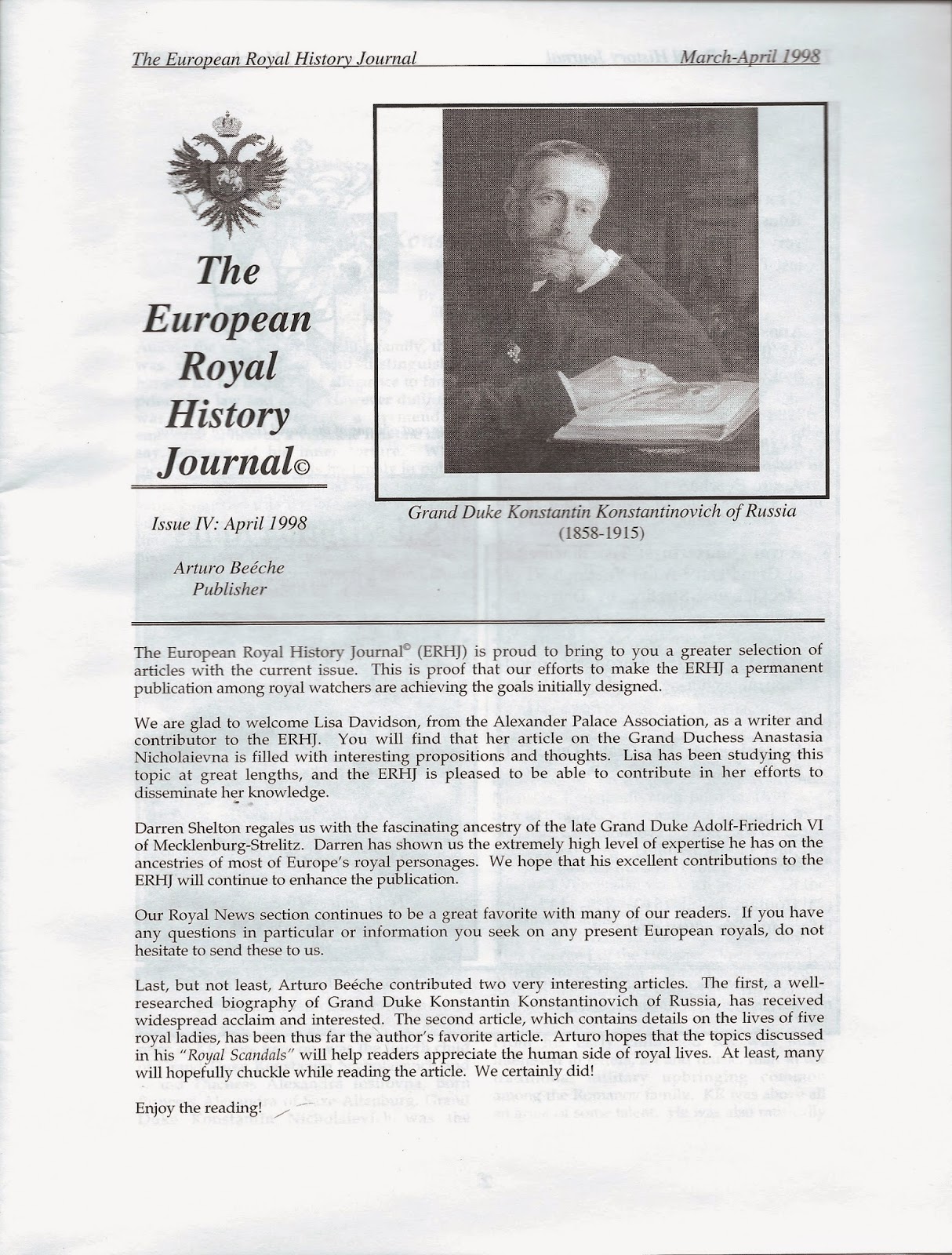 Issue IV, March-April 1998, the first containing articles contributed by authors other than our founder.

We firmly believe that what saved EUROHISTORY was our publishing arm. By 2008 clients were no longer looking to us when searching for used or Antiquarian books. The internet offered countless cheaper options. So, we had to change! 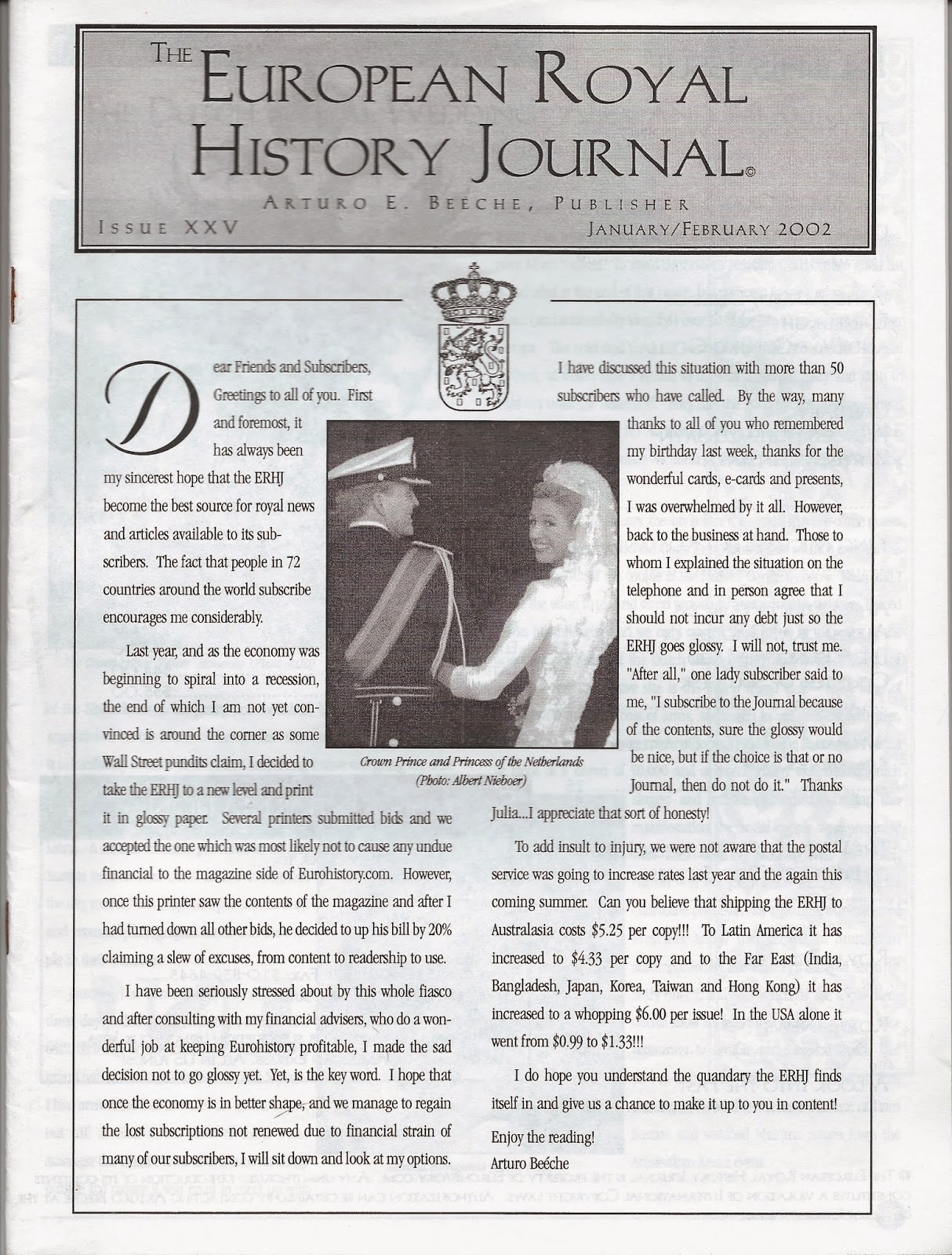 Our first book, KING MICHAEL I OF ROMANIA – A Tribute, had done fairly well. Our second book, A POET AMONG THE ROMANOVS: Prince Vladimir Paley, was a sell out. Book number three, THE GRAND DUCHESSES: Daughters and Granddaughters of Russia's Tsars, which we published in 2004, was a very successful book. We knew, based on what we had observed, that publishing our own books was the way to go.

Since then we have published sixteen other books: 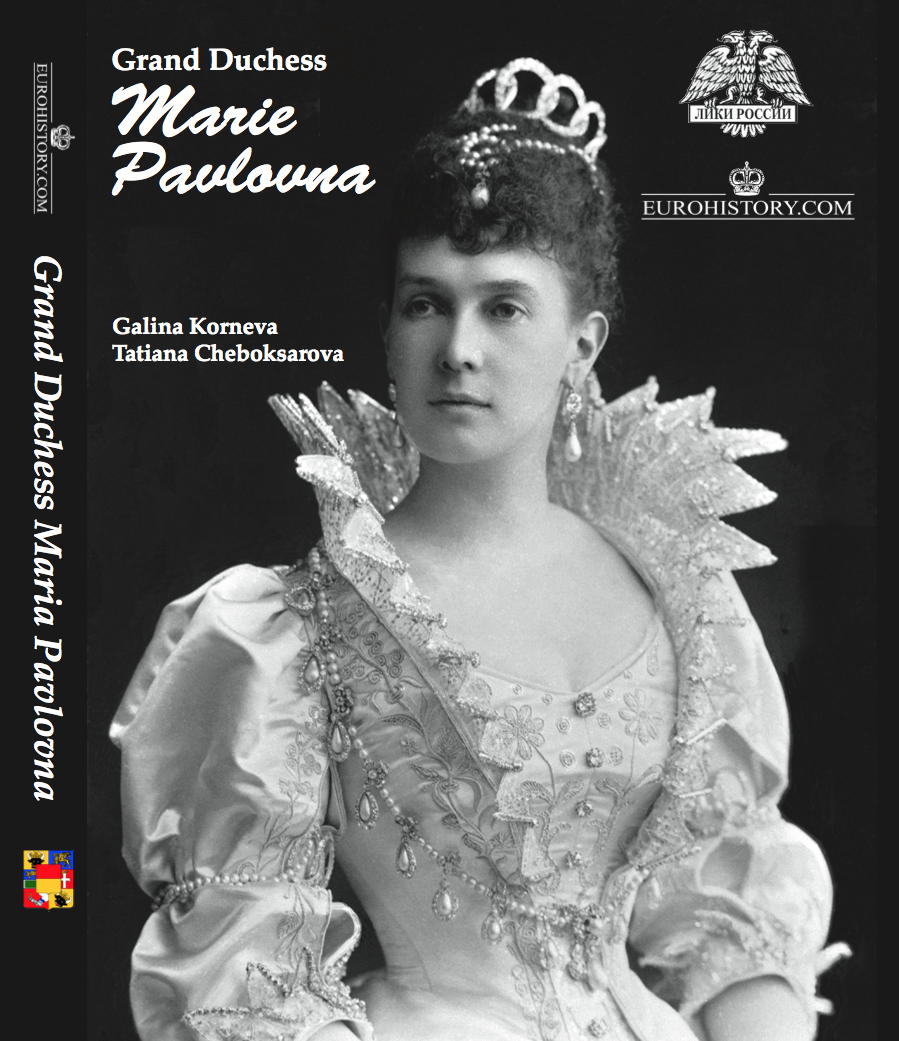 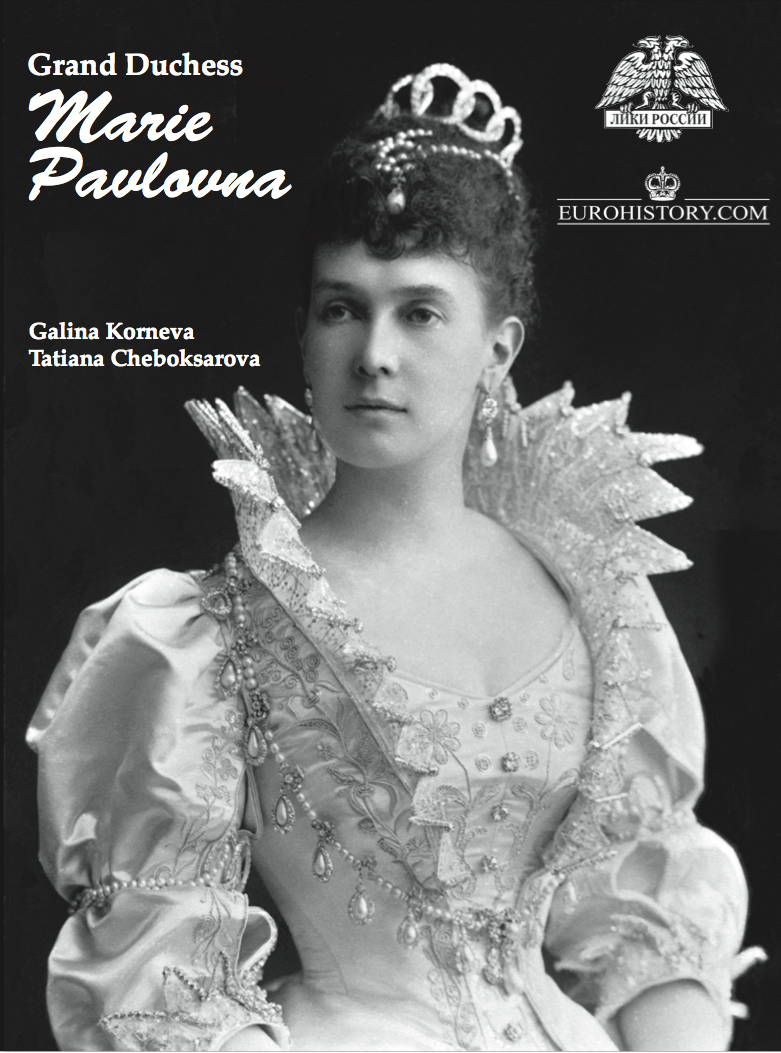 On top of these volumes, Arturo Beéche and David McIntosh co-authored a series of six volumes dedicated to important royal figures from the XX century. IN MEMORIAM covered the lives of: Empress Zita of Austria; Grand Duchess Joséphine-Charlotte of Luxembourg, Prince Louis Ferdinand and Princess Kira of Prussia; Queen Juliana and Prince Bernhard of the Netherlands; the Dowager Empress Marie Feodorovna of Russia; and King Frederik IX and Queen ingrid of Denmark. 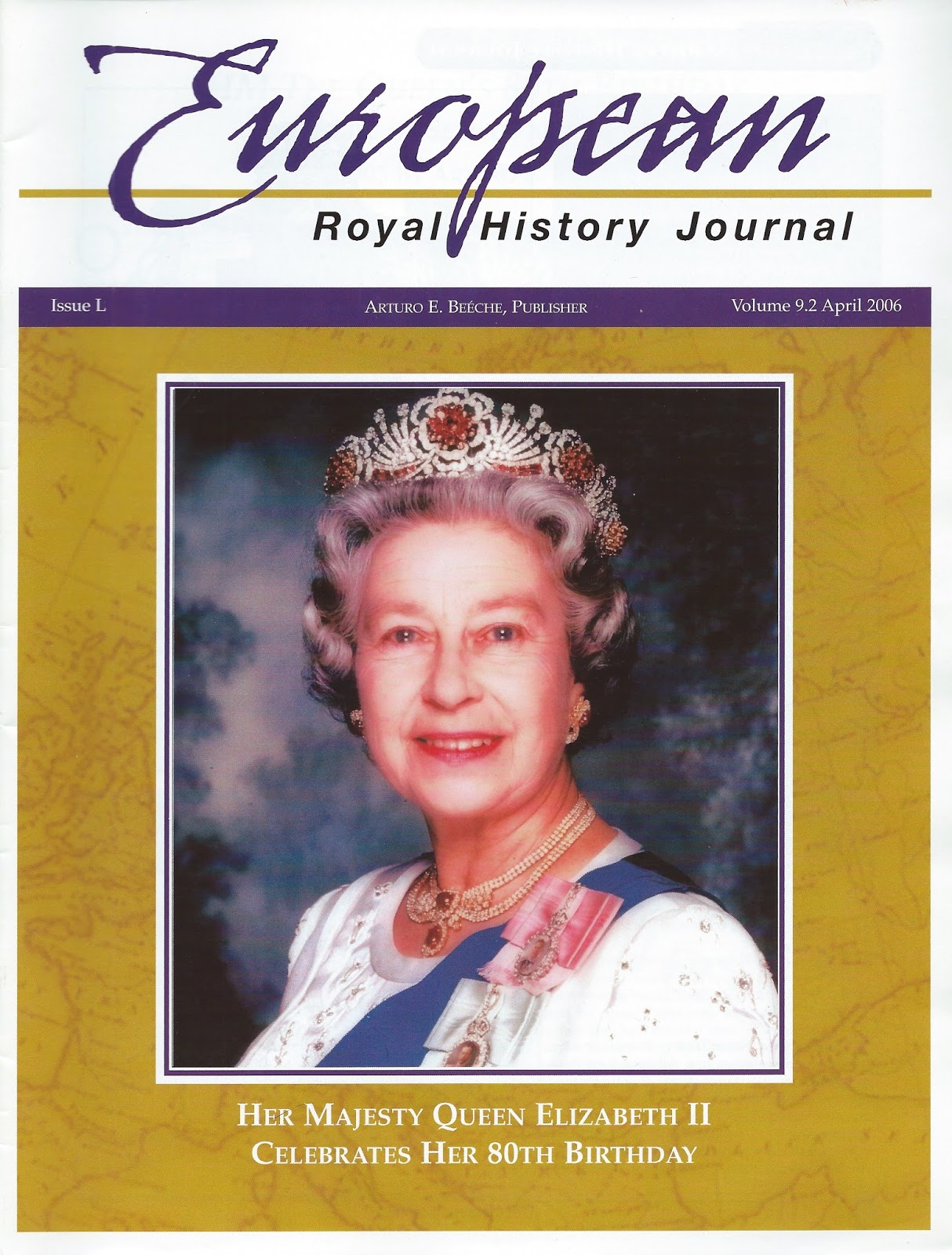 Today, we have five different books at various stages of production, all initiated from Arturo Beéche's home office!

EUROHISTORY, the magazine, has recovered its footing. Subscriber numbers are nearly up to what they were in 2008, this in spite of magazines around the planet shutting their doors almost on a daily basis. EUROHISTORY, we must let you know, was never designed to make a profit. The magazine is the love, heart and soul of our founder, Arturo Beéche. All thought these seventeen years we have managed to keep it going. This in spite of production costs having risen 400% since our first issue (September-October 1997). Shipping costs have risen 300% ... and yet, the cost of subscriptions has only risen 50% since the magazine began!

Issue I was written entirely by Mr. Beéche, just as were Issues II and III. It was not until Issue IV that others began contributing to the magazine. In that issue there were pieces by our friends Lisa Davidson and Darren L. Shelton. Now, as we approach mailing Issue C, we realize that the majority of the articles included in the magazine are not written by our founder, who remains extremely busy doing research, working on books, editing, planning layout, cataloguing photos (the Eurohistory Royal Archive has now more than 400,000 images in it...covering royalty from 1859 to today), and running the business. He is greatly helped by his husband (David Higdon) and by an excellent team of contributors that include: Greg King, Coryne Hall, Ilana D. Miller, Katrina Warne, Mary Houck, Charles Stewart, Rick Hutto, Justin Vovk, Kassandra and Sabrina Pollock, Eddie Tash, Marlene Eilers Koenig, Janet Ashton, and many others. We form a solid team in which everyone's contribution and opinion matters, even when our founder does not agree with it.

The entire EUROHISTORY Collection is available for purchase! 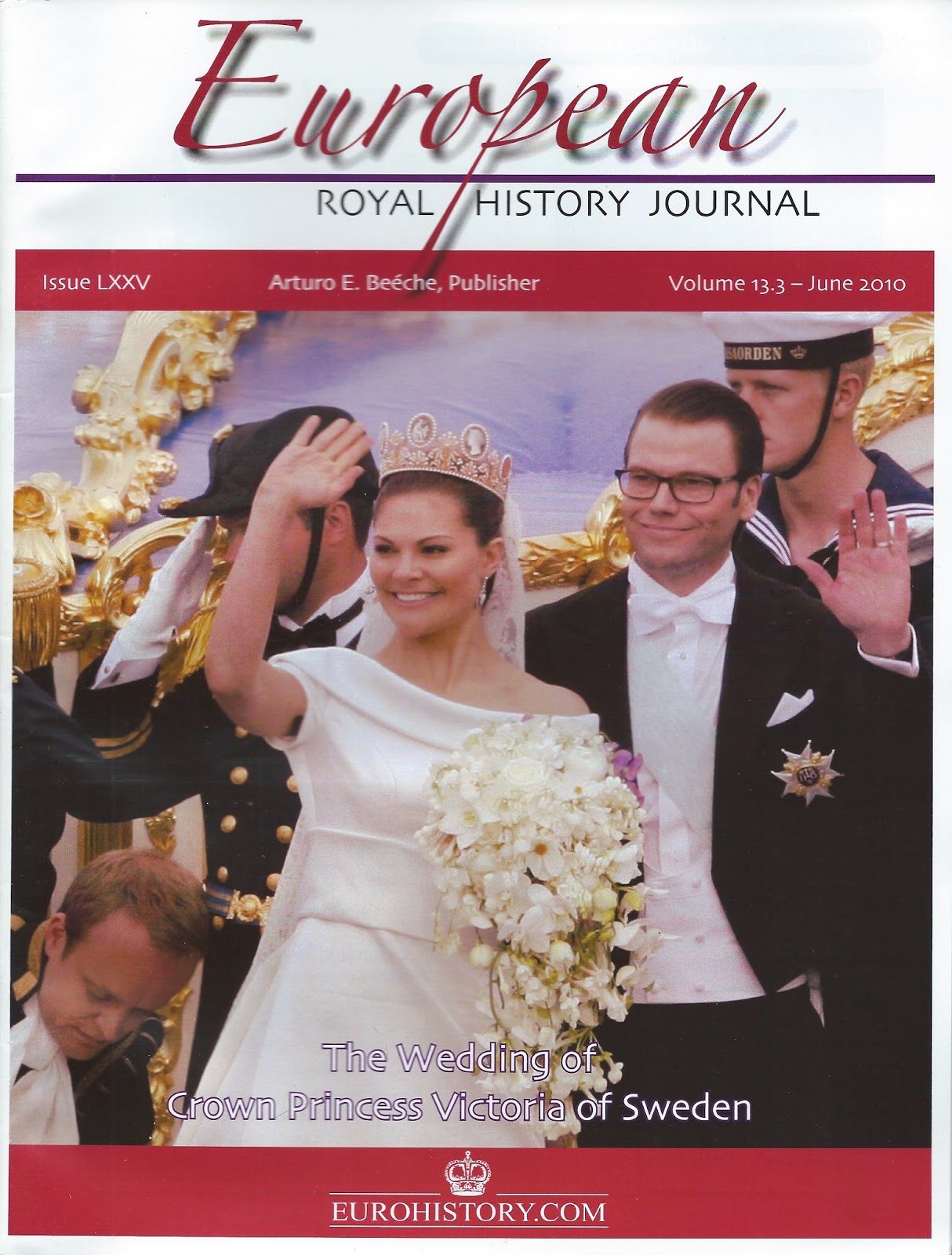 We survived economic downturns, our founder's brush with cancer, the challenges of doing business in the internet era. Surely, this is due in great part to the flexibility and versatility of Mr. Beéche. But without our readers, we would not be where we are today!

We hope that you continue supporting our work. Share your thoughts, send us ideas. We value your input. But above all, never stop reading about royalty, don't lose the interest in what we do, add to your personal library, expand your own knowledge...

Thank you, from the bottom of our heart, thank you for nearly two decades of living our dream! 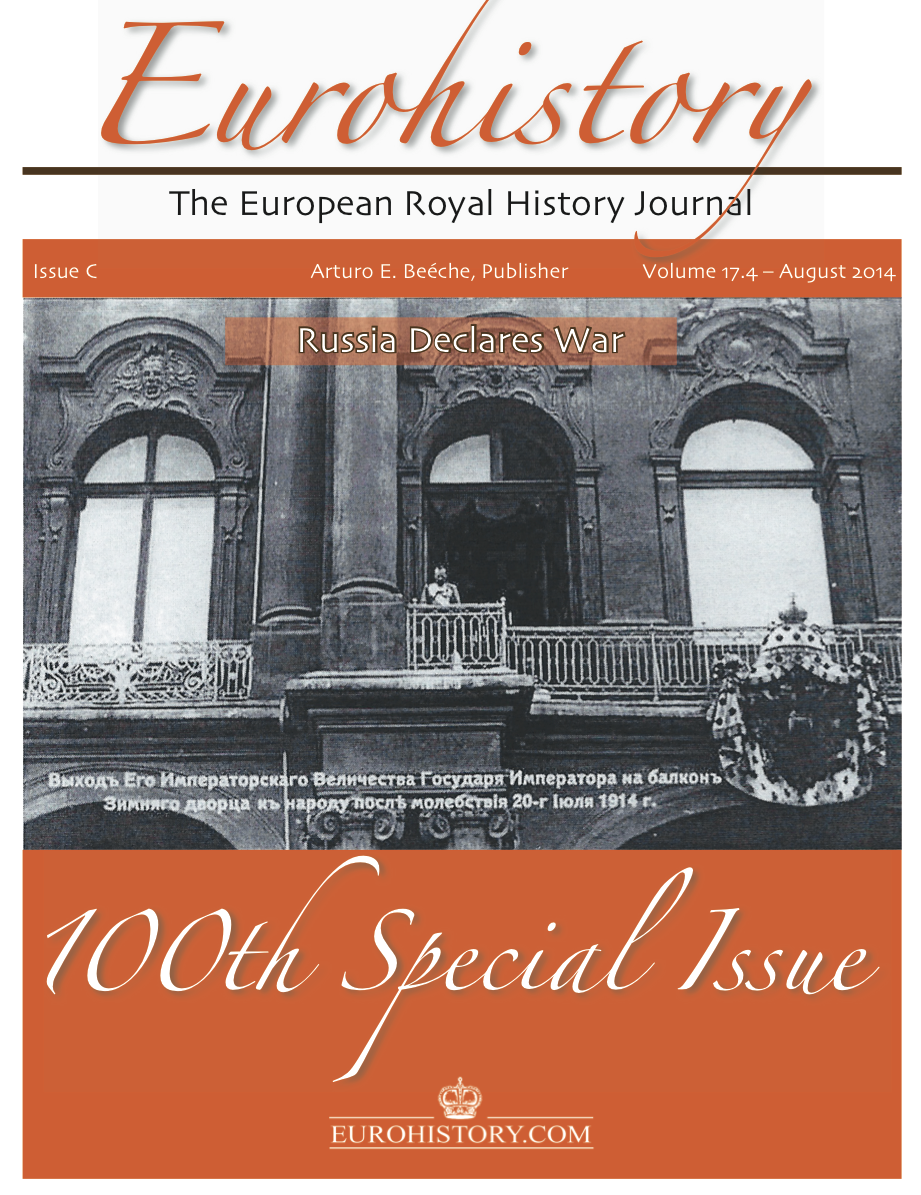 At facebook, https://www.facebook.com/groups/eurohistory/10152654227719800/?notif_t=like, the group is the public face of THE EUROPEAN ROYAL HISTORY JOURNAL, (EUROHISTORY), a magazine I have published since 1997.

Subscriptions to EUROHISTORY cost $48 in the USA, $55 in Canada and $75 for the rest of the world.

Many of today's most respected royal biographers have contributed to the six issues we publish every year!
I encourage you, and everyone else, to consider becoming a subscriber to EUROHISTORY, a truly interesting magazine that successfully blends historical pieces with current day happenings and events among today's European royal and princely houses.

Also, we keep EUROHISTORY ad-free (I don't allow companies to buy advert space)...so all our revenue, every single cent raised by the magazine, is generated solely by subscriptions.

EUROHISTORY is run as if it were a non-profit. I spend every single penny raised by subscriptions on articles, better print quality, unique images and an increasing roster of contributors!

I have dedicated 17 years of my life to this dream...which subscribers help me achieve!

If you are interested in joining us, please email us at books@eurohistory.com