The Empowered Patient – The King's Speech

King's Speech" is one of many movies with an empowered patient theme. In the 1997 film "As Good as It Gets," Helen Hunt's character decries her HMO as a "f------ bastard piece of sh--" that's done nothing to help her asthmatic son.
But she keeps close track of her son's symptoms, which comes in handy when a character played by Jack Nicholson finds a doctor who can help, much as the future queen found help for her husband.
In the 1992 movie, "Lorenzo's Oil," doctors tell Augusto and Michaela Odone that there is no hope for their son, Lorenzo, who has a rare disease. The Odones don't accept this, and come up with their own treatment, which saves their son.

David Seidler hopes "The King's Speech" has the same effect on audiences. The movie's screenwriter, like King George VI, had a stutter, and like the king, most of the treatments didn't work. Then six years ago, the 73-year-old writer learned he had bladder cancer, and he unconventionally opted for alternative treatments with immune-boosting supplements along with surgery to remove the cancer, instead of having chemotherapy and his entire bladder removed. He's been cancer-free for more than five years. 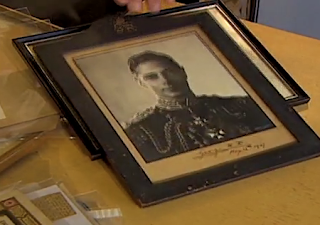