As the loathsome reign of Gadhafi Nears Its Ignominious End, the Old Royal Flag Begins to Soar

CAIRO — Heavy gunfire broke out in Tripoli as forces loyal to Moammar Gadhafi tightened their grip on the Libyan capital while anti-government protesters claimed control of many cities elsewhere and top government officials and diplomats turn against the longtime leader.


While residents of cities in the eastern half of the country celebrated, raising the flags of the old monarchy, the mood in Tripoli was bleak. Residents were afraid to leave their houses, saying pro-Gadhafi forces were opening fire randomly in the streets.

Italy's Foreign Minister Franco Frattini said estimates of some 1,000 people killed in the violence in Libya were "credible," although he stressed information about casualties was incomplete. The New York-based Human Rights Watch has put the death toll at nearly 300, according to a partial count. 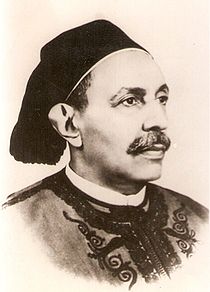