From the Independent...
The east German state of Saxony was obliged yesterday to pay millions in compensation to descendants of the 17th century king "August the Strong" for hundreds of valuable porcelain artefacts confiscated by the communist authorities after the Second World War.
The porcelain treasure trove amounts to nearly 300 pieces – 17th and early 18th century figures and figurines which currently form part of Saxony's priceless royal art collections, many of which have been housed in museums in the state capital Dresden since the late 1950s.
Yesterday however, Saxony reluctantly agreed to pay €4.2m (£3.5m) to the Wettin family, the direct descendants of the 17th century king of Saxony and Poland. The state conceded that communist authorities had effectively stolen the royal porcelain from the family after 1945 and illegally declared it state property.
Steffen Winter, an arts commentator for Der Spiegel magazine, claimed yesterday that the payment was the beginning of a "compensation marathon that will keep the art world holding its breath for years". 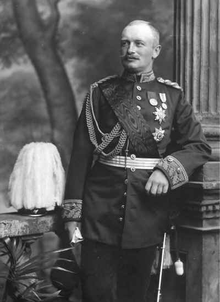 The article continues and describes Prince Albert of Saxony as Head of House, which of course is erroneous as his elder brother Maria Emanuel, Margrave of Meißen, remains Head of House Saxony.