His Holiness Serbian Patriarch Irinej conducted a Memorial Service at the Royal Chapel, where the caskets of HRH Prince Andrew’s brother HM King Peter II, his sister-in-law HM Queen Alexandra and his mother HM Queen Maria, are already in place.

After the service, His Holiness Patriarch Irinej of Serbia has said: “This is a holy moment, sad and joyful, when the members of the Royal House are gathering in their homeland, this holy land. By historic injustice, they have left their homeland to live in exile in this world.   Praised the Lord, the human and historic injustice has been rectified now.  They came back to their home, built by their father, something they couldn't have done during their lives. On May 26 they would be buried in Oplenac, and their return has made our nation happy“.

His Royal Highness Crown Prince Alexander II has said: “Today we are fulfilling the legacy of King Peter I, who passed to us obligation to protect our country, our faith, our people and our descendants.
Earthly remains of HM King Peter II, HM Queen Maria, HM Queen Alexandra and HRH Prince Andrej have been returned to Serbia, and the historic wound and injustice have been healed. Today, we have witnessed justice and family reunion, of the family that suffered a lot, as same as our society has suffered from injustice.

On behalf of the Royal Family that came from the people, I would like to express special gratitude to His Holiness Patriarch Irinej of Serbia and Serbian Orthodox Church, H.E. President of Serbia Mr. Tomislav Nikolic, State Committee for transfer of remains of members of Karadjordjevic Family, and to all those who have supported us on this path of historic importance. Serbia has reinstalled its integrity and legitimacy of the state that bravely reaches for the future, with respects of its ancestors, of their freedom and their rights.

Karadjordjevic Royal Family is a Serbian family that lives for Serbia, fights for Serbia and loves Serbia!“

Prof. Dr. Oliver Antic, special advisor to President of Serbia, has said: “They have had a difficult life. Their suffering is our shame, and their pain was felt here, as well. Their only sin was that they were descendents of the Father of Serbia. Prince Andrej had a difficult life, but he preserved his Family name and his heritage with dignity, as all of Karadjordjevic did. Under highest auspices the peopel as a whole has been relieved of the great sin, and this injustice has been rectified. We have more things to do after May 26, and this was just a begining“.

Following the Church service a reception for state representatives, Members of the Crown Council and Religious dignitaries took place at The Royal Palace.

A State Funeral for their re-interment in the Royal Mausoleum of St George's Chapel in Oplenac will be officiated by His Holiness Patriarch Irinej on Sunday 26 May 2013.

Note: The removal of HRH Prince Andrej's remains from Nova Gracanica Cemetery in Illinois and subsequent transfer to Serbia was performed in full accordance with the legal procedures and administrative requirements of the State of Illinois United States by three of Prince Andrej's children, namely HRH Prince Dimitri, HRH Princess Lavinia-Marie and HRH Princess Tatiana-Marie, after consultations with Prince Andrej's other heirs. 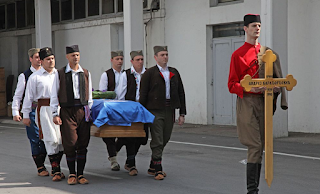 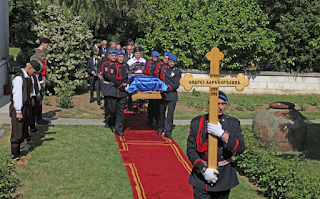 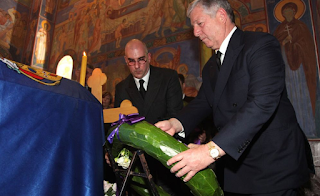 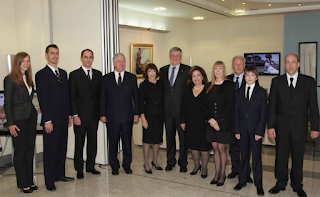 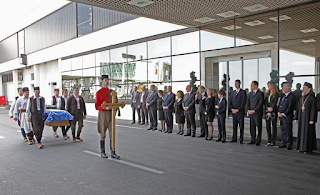 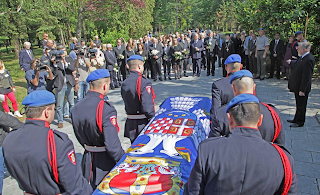 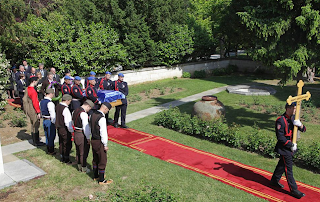 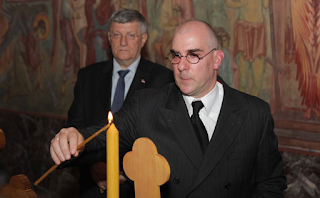 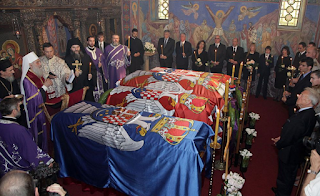 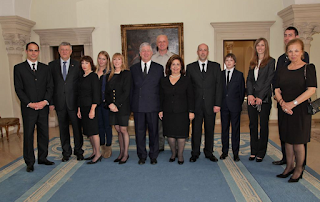