After two years of marriage, Prince William and Kate Middleton are expecting their first child. The royal baby's due date is July 13, 2013, when he or she will cut in the line of succession to the throne ahead of Uncle Harry. Both the royal family and their millions of fans are busy preparing for the birth; Kate and William don't always follow tradition and their handling of this one is expected to involve a lot of "firsts" as they make their parenting decisions; and the fans are busy spending money in anticipation of the birth, placing wagers on the name, buying baby merchandise, and copying the duchess' maternity fashion.

About $380 million, Joshua Bamfield, director of the Centre for Retail Research in the UK, told Reuters.
Retailers in the UK are already capitalizing on the royal baby, advertising memorabilia from china and collectibles to a baby sleepsuit made by the palace’s own Royal Collection Trust, which raises money for palace upkeep.
Royal family members are also participating in the kitsch bonanza. Granddad-to-be Prince Charles is preparing to sell handmade baby shoes and the Middleton grandparents-to-be will hawk royal baby themed fare through their party supply business.
The biggest problem for royal baby paraphernalia producers? Whether to go pink or blue. While some stick with a safe neutral theme — think yellow — other retailers have designs for both possibilities and are waiting on the birth to begin production.
Besides the merchandise, a spike in foreign tourism and local celebrations are expected to bring revenue, much as happened around the time of the couple’s royal wedding in 2011. Though the royal baby’s birth is not estimated to yield the $2.6 billion in tourism the wedding did, celebrations in London alone could bring in millions, Mr. Bamfield told Reuters.
Kate, herself, is causing a fair amount of economic activity with her maternity fashions this season. Her influence, dubbed the “Kate effect,” does wonders for the retailers she frequents. Vanessa Anotelli saw sales spike at her NessaLeeBaby online clothing and furniture company after word spread that Kate purchased a stroller from her.
Continue reading...
http://www.csmonitor.com/The-Culture/Family/2013/0620/Kate-Middleton-10-facts-about-the-royal-baby-s-untraditional-future/How-much-bang-or-bank-can-one-baby-produce?nav=697991-csm_article-leftColRelated 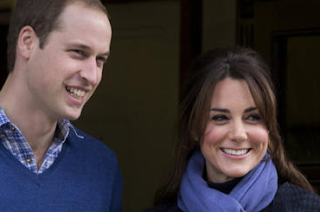