Back in 1993, when King Baudouin died unexpectedly, I remember there being rumblings about his brother Albert not being ready, prepared, popular...not being the best choice, as if hereditary monarchy has a choice. "Philippe, is a better choice," told me several Belgian friends.

Yesterday, when news of King Albert II's decision to abdicate the throne on his son Philippe, wouldn't you know...the same commentaries were made about Philippe that two decades ago were made about Albert!

Ah Belgians and royal watchers...you can be such a difficult crowd to please!

I think that Philippe and Mathilde will do just fine...I have no doubts that there will be some missteps in this the seventh reign of the Saxe-Coburg & Gotha Dynasty. I don't think that we will be served with the new King of the Belgians having secret children, but I am sure some Walloon and Flemish idiosyncrasies will be rubbed the wrong way here and there. In a nation as deeply divided as Belgium that ius bound to happen...more the expected norm than anything else.

The Duke of Brabant, as Philippe will continue to be known until July 21 when he becomes King Philippe I, was born on April 15, 1960. Philippe was initially educated in Belgium, later attending Trinity College, Oxford, and finally obtaining a Masters' degree at Stanford, not far from where I live. In fact, I first met Philippe and Mathilde in the early 2000s when the couple toured the Bay Area and the visit included a stop at Stanford University.

In 1999 I was among the press corps at their wedding. It was a lovely, though frigid December day. During those hectic celebrations I had a chance to photograph them plenty, but I never got to meet the happy couple.

Mathilde d'Udekem d'Acoz was born in Uccle, a suburb of Brussels, on January 20, 1973. Though she was born into a baronial family of the Belgium nobility, her father did not have the title of Baron. She did, however, grow up in the family's country estate, Château de Losange, in Bastogne. Through her mother, Mathilde descends from the Polish Princes Sapieha, the same family that married into the Brazilian Imperial Family. Among Mathilde's distant cousins are the present President of Poland, "Count" Bronislaw Komorowski.

When Philippe and Mathilde married, her father and his descendants were granted comital status by King Albert II. Mathilde's parents had five children, although only four survive today: Marie-Alix (1974-1997), who died along with her grandmother in a terrible automobile accident, a tragedy whose consequences led to Philippe and Mathilde meeting; Elisabeth (b. 1977), who dated Prince Charles-Philippe d'Orléans, but married Margrave Alfonso Pallavicini; Hélene (b. 1979), who married Count Nicolas Janssen; and Henri (b. 1985), his father's long-awaited heir. Count Patrick (Mathilde's father) was a pleasant, old-school aristocrat. He died in 2008. Her mother, the former Countess Anna Komorowska (b. 1946), survives him. 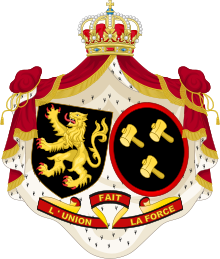 The Duke and Duchess of Brabant married in a splendid ceremony in Brussels' imposing Cathedral of Saint Michel and Saint Gudula on a sunny, yet frigid day, December 4, 1999. The wedding ceremony was followed by a ride through the streets of Brussels and ended with a luncheon at the Royal Palace. The streets of the Belgian capital were packed on that cold day, even though some journalists had predicted little enthusiasm about the wedding, the Belgian people proved them wrong. In fact, Mathilde has become easily the most popular member of the Belgian Royal House.

In 2001 Princess Mathilde gave birth to the couple's first child, and future Queen of the Belgians, Princess Elisabeth. Two years later a son was born to them, Gabriel. In 2005 a third child, Emanuel, joined the family. Finally, in 2008, Princess Mathilde gave birth to their fourth offspring, Princess Eléonore. Since the Belgian succession law was changed in 1991 to allow absolute primogeniture, irrespective of gender, Princess Elisabeth, who will become Duchess of Brabant as heir to the throne, will be the first female monarch of the Belgian dynasty, as long as she succeeds her father, which God willing will be the choice.

The Duke and Duchess of Brabant are indefatigable and tireless workers. They carry out myriad duties for the Royal House and Belgium. There is no doubt in my mind that they will make a wonderful monarch and consort. 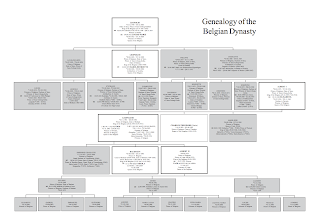 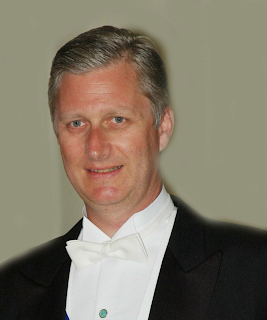 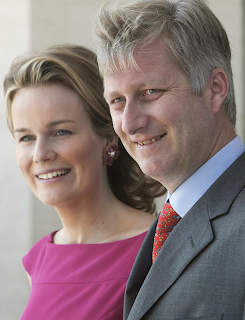 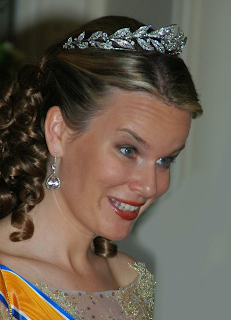