On behalf of the Royal Family, the Government Information Service wishes to issue the following communiqué.
Prince Friso was discharged from the Wellington Hospital (London) today.
Prince Friso remains in a state of minimal consciousness. While his health situation continues to be of concern, the Prince no longer needs hospital care. Over the coming months, all available options to provide him with the required long-term care and nursing - in the Netherlands or the United Kingdom - will be evaluated in consultation with experts.
Prince Friso will spend this summer with his family at Palace Huis te Bosch in The Hague, where a medical team - led by Prof. Jan van Gijn and Dr. Michael Kuiper - will be entrusted with his care. He arrived there today.
The Royal family wholeheartedly thanks the medical team of the Wellington hospital for their excellent and devoted care.
http://www.koninklijkhuis.nl/globale-paginas/taalrubrieken/english/news/ 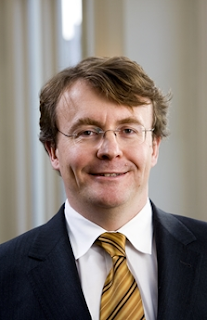 Readers will remember that Prince Friso suffered a skiing accident a few years ago. The tragedy struck as the Dutch Royal Family vacationed in Austria, where the Prince, an avid skier, was trapped in an avalanche.

More on Prince Friso from the Dutch Royal Family's website...


Johan Friso Bernhard Christiaan David was born in Utrecht on 25 September 1968. The Prince has two brothers: King Willem-Alexander (born in 1967) and Prince Constantijn (born in 1969). At his birth, Prince Friso held the titles of Prince of the Netherlands, Prince of Orange-Nassau and Jonkheer van Amsberg.

The Prince was seriously injured in an avalanche when skiing at Lech in Austria, on 17 February 2012. He received intensive care treatment at the Landeskrankenhaus in Innsbruck immediately afterwards. In early March 2012 Prince Friso was transferred for further treatment and care to the Wellington Hospital in London, where he lived before the accident. He remains in the hospital's care.

From 1990 the Prince also studied economics at the Erasmus University in Rotterdam, graduating in 1995. In 1997 he studied business economics at the European Institute of Business Administration in Fontainebleau (INSEAD), receiving an MBA.

The Prince married Mabel Wisse Smit on 24 April 2004. The marriage was blessed at the Oude Kerk in Delft. Prince Friso and Princess Mabel have two children, Luana (Countess Emma Luana Ninette Sophie, born on 26 March 2005) and Zaria (Countess Joanna Zaria Nicoline Milou, born on 18 June 2006). The family lives in London.
The government decided to respect the wishes of the couple not to seek parliament's permission to marry. As a consequence, since his marriage Prince Friso is no longer a member of the Royal House and is no longer in line to the throne.

Prince Friso was appointed Chief Financial Officer (CFO) of URENCO in Stoke Poges, England, in April 2011. In October 2012 it was decided that the Prince would no longer be able to hold this position, given his state of health.
Before joining URENCO, Prince Friso worked for McKinsey & Company and for the investment banking division of Goldman Sachs International in London. He went on to be part-time director of TNO Space in Delft, and managing director of Wolfensohn & Company in London.

Prince Friso is involved in a number of innovative ventures relating to sustainable energy, medical services, sustainable food and agriculture, and technology - including the MRI Centre, Rabo Ventures and Wizz Air. From 2004 to 2013 he was a member of the Board of Directorsof Telenet.
Prince Friso supports various initiatives promoting innovation and technology, such as Jet-Net (Youth and Technology Network Netherlands), the Biosciences and Society Foundation, and the Netherlands Study Centre for Technology Trends. He has previously worked with the Science and Society Foundation Evenings and the engineering and consulting agency Witteveen+Bos.